The modern slavery statement is a public commitment and statement with three main goals:

Currently modern slavery statements are compulsory reports required from large companies doing business in California and the United Kingdom, with similar laws before the Australian Parliament (likely to be introduced before the end of the year). A Modern Slavery Bill has been submitted to review by the Hong Kong Government. Consultation for similar laws are at early stages in both Canada and New Zealand. Business should carefully review these existing and developing laws.

This Guide is designed for businesses who are not currently required to report under under compulsory reporting laws but rather for those “early adopters” looking to be ahead of the laws and voluntarily report in emerging markets. This Guide is not comprehensive nor prescriptive, nor legal advice. Businesses should strive to continually improve modern slavery reporting year or year” 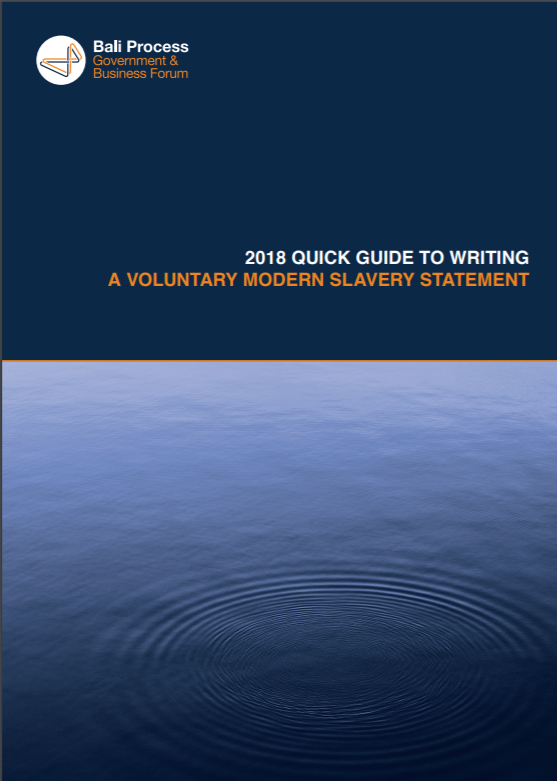 This report presents the results of a four-month research study into systemic and locality based factors underpinning labour exploitation within Leicester’s Garment and Textile industry, with particular emphasis on the perspective of frontline wor...Read More

Prepared by Sanjeev Dasgupta and Ana Maria Soto, Issara Institute. According to the 2017 Global Estimates of Modern Slavery, there are about 40 million people living in modern slavery situations worldwide. The Asia-Pacific region has the highest...Read More

To explain how it expects its suppliers to live up to its Standards, Adidas has produced a number of supporting guidelines that detail its expectations for fair, healthy, safe workplace conditions and environmentally sound factory operations. T...Read More

Corporate Accountability And Liability in the Malaysian Palm Oil Industry

This document sets out the current underlying framework of law and governance that impose greater accountability and liability on businesses participating in the palm oil industry, those indirectly benefiting and profiting and those providing suppor...Read More