This study examined the media portrayal of different actors involved in human trafficking from Nepal to understand the reported changes in international routes of human trafficking from Nepal after 2015. The findings of the study are based on content analysis of 480 news articles published in six national newspapers in Nepal in a five-year period from 2016 to 2020, along with existing literature and interviews with newspaper reporters and editors. Most of the alleged perpetrators reported in the media were male while females dominated reportage on ‘victims’. An overwhelming majority of the reported victims of sex trafficking were females while the reported victims of labour trafficking were evenly split between males and females. This is in contrast to the actual distribution of male and female migrants from Nepal, where male workers lead female workers on labour permits for overseas employment by a margin of over 80 per cent. Analysis of the news articles showed that India still remains, as it has historically been, the top trafficking destination and transit country. Countries in the Gulf Cooperation Council (GCC), North America, Europe, Southeast Asia, and Australia have emerged as new destinations while Myanmar along with some countries in Europe, Africa, and Latin America have emerged as new transits for human trafficking from Nepal. The study recommends the allocation of resources for investigative journalism and training of reporters on robust reporting including critical gender analysis in order to improve the reporting of human trafficking in Nepali media. Coordination between government agencies and revision of counterproductive policies can contribute to curb human trafficking and encourage safe migration for employment. 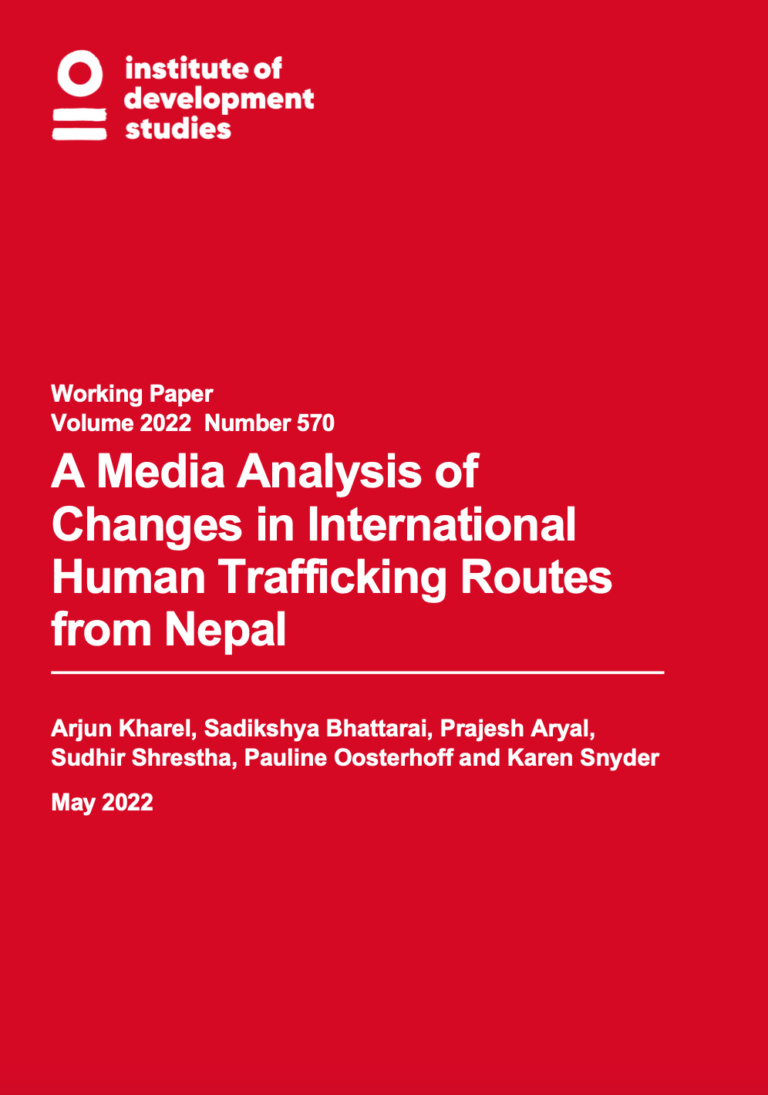 Mapping Rohingya Movement: Collected data on the trafficking routes of a persecuted population

In 2022, according to sources on the ground, the trafficking of Rohingya is still very much ongoing. This report is an attempt to bring together data on the human trafficking and migration routes from Myanmar to Bangladesh and other destinations in ...Read More

This paper provides a brief summary of the Roundtable on 'Combating technology-facilitated trafficking in human beings in Central Asia and across the OSCE Asian Partners for Co-operation', held by the OSCE on 27-28 April, 2021. The major objectiv...Read More

Introducing NetClean NetClean is a social business providing solutions to detecting child sexual abuse material and safeguarding against crime in the workplace. One of our technologies reacts when it detects the digital fingerprint of an image or vid...Read More

This study presents findings from a web-based survey conducted in Hong Kong SAR, China in November 2019. In the context of Hong Kong SAR, China, it is the first study of its kind to employ a quantitative method to assess current levels of understand...Read More