The findings reveal that a rather high proportion of the respondents have experiences and knowledge about actual cases of human trafficking, where people they knew or knew about were the victims. Consequently, many people do have first-hand knowledge about the issue of human trafficking. This points to the importance of learning from local perceptions and experiences in order to more effectively prevent human trafficking. Further, the analysis demonstrates that perceptions of what human trafficking means, and how it takes place, are remarkably similar across all the studied locations. In sum, human trafficking is most often described as a process where people are deceived to go somewhere to work, but end up in situations of exploitation that do not correspond to the jobs they were promised.

Further, the results show that traffickers are generally represented as people close to the victims, sharing a similar background or social position. Interview narratives about human trafficking also demonstrate that respondents have a broad and multifaceted understanding of the issue, encompassing a diversity of forms and purposes of trafficking including trafficking for forced labour; sexual exploitation; forced begging; and harvesting of organs. Notably, women are not generally described as more vulnerable than men, although women are seen as more at risk of sexual exploitation while men are seen as more vulnerable to forced labour. 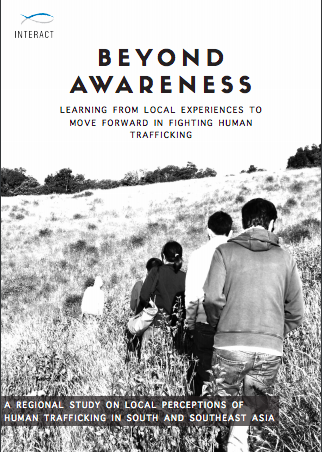 Beyond Awareness: Learning from Local Experiences to Move Forward in Fighting Human Trafficking, A Regional Study on Local Perceptions of Human Trafficking In South And Southeast Asia - Interact Asia, 2018 DOWNLOAD

The French Law on Duty of Care: A Historic Step Towards Making Globalization Work for All

By Sandra COSSART, Jérôme and Tiphaine BEAU DE LOMENIE INTRODUCTION The difficult journey of the French Bill on the duty of care of parent and subcontracting companies came to an end on 23 March 2017, when the French Constitutional Council (Counc...Read More

Marine fisheries are critical resources for coastal developing countries. They are also difficult to manage sustainably. Almost a third of global fish stocks are degraded from overfishing, and a further 60% are ‘fully exploited’ (FAO, 2016). Ille...Read More