Trafficking in human beings is a global phenomenon encountered with by almost all countries in the world – either as countries of origin, transit, or final destination for the victims. Due to the complexity of the very phenomenon, numerous United Nations and Council of Europe’s bodies, as well as international and national NGOs are involved in working on the prevention, suppression and punishment of this criminal offence. ASTRA, founded in 2000, was the first NGO in Serbia to recognise and highlight the problem of trafficking in human beings. Since its establishment, ASTRA has dealt with this problem comprehensively and its work has been aimed at the prevention, identification, and prosecution of the perpetrators of human trafficking, support to the victims, including empowerment and reintegration into the society, as well as the analysis of operation of the institutions responsible for the assistance and support to this category of victims. From 2002 to the end of 2021, ASTRA identified 562 victims of trafficking in human beings. 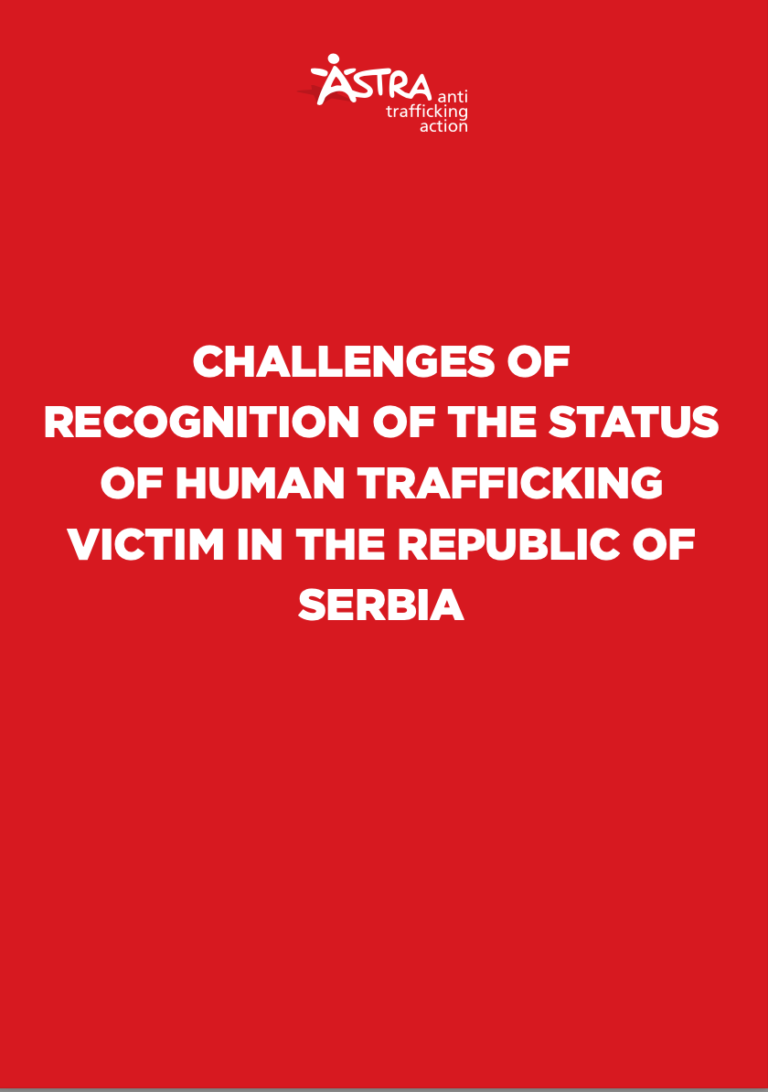 Challenges of recognition of the status of human trafficking victim in the Republic of Serbia - ASTRA Anti-trafficking Action, February 2022 DOWNLOAD

Handbook on Initial Victim Identification and Assistance for Trafficked Persons

The Task Force, which was established in 2016, is a multidisciplinary and cooperative consortium of 27 organizations with the mission to collectively advance anti-trafficking efforts in the Hong Kong SAR. The Handbook’s release follows the endorsem...Read More

The exploitation of persons– for labor or sexual purposes– is the third-largest illegal “business” after drug and arms trafficking. While slavery was officially abolished in the United States 150 years ago, in 2012 the International Labor Or...Read More

Human trafficking victims who are exploited in the commercial sex industry try are highly likely to be arrested for offenses catalyzed by their victimization. The resulting criminal records shadow survivors out of trafficking and serve as barriers t...Read More

A Guide for Integrating Human Rights into Business Management

The publication is based on the accumulated experience of the ten companies in the BLIHR on implementing human rights. This experience is supplemented with practical examples of human rights implementation. In detail as a joint product of the Bu...Read More