Every year, millions of people worldwide are trafficked, which has a profound impact on development and vulnerable populations. Human trafficking violates the fundamental principles of human rights that are linked to a range of core development issues, including poverty and vulnerability, gender and racial inequality, and gender-based violence. The Sustainable Development Goals include a target to end modern slavery and human trafficking by the year 2030. Governments are increasingly concerned about human trafficking but understand relatively little about who is in volved, how it operates, and what enables or constrains it. The illegal—and thus less visible— nature of the practice makes it difficult to investigate. One of the main reasons for the gap in knowledge is the lack of micro-level data on human trafficking. These knowledge gaps make it harder for governments in origin and destination countries to adopt effective policies to reduce human trafficking. They also limit the ability of international organizations, non-governmental organizations, and donors to help governments mitigate the risks of human trafficking.

The World Bank and the International Organization for Migration (IOM) place importance on advancing an understanding of the drivers of human trafficking (Box E.1). To begin addressing some knowledge gaps, this joint report analyzes a unique micro-level trafficked victims’ database compiled and updated by the International Organization for Migration (IOM) to answer two key analytical questions. First, do economic shocks increase the number of detected human trafficking cases from and within countries of origin? Second, can good institutions—ones that can enable adherence to the rule of law and the provision of access to justice or anti-trafficking policies in particular—and social assistance moderate the possible negative effects of economic shocks on trafficking cases in origin countries? 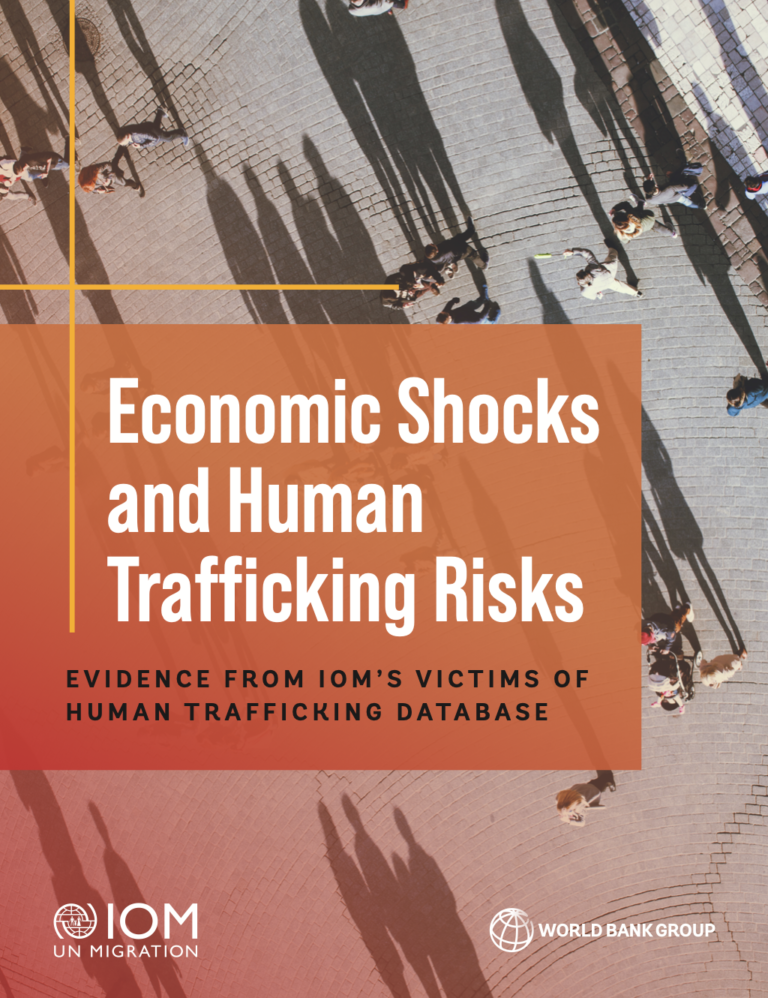 On the occasion of the EU Anti-Trafficking Day, one of the RESPECT founding organisations, the Global Initiative against Transnational Organized Crime co-organized a high-level conference on “Human Trafficking and Human Rights – Access to Rights for Victims of Human Trafficking” with...

Minerals extracted by hand from the African Great Lakes region are in huge demand. The Democratic Republic of the Congo (DRC) and Rwanda produce nearly half the world’s coltan, the main ore of tantalum, as well as large amounts of tin and tungsten...Read More

Synthesis Review of OCFT Work in Cocoa and Fishing/Seafood

The Office of Child Labor, Forced Labor, and Human Trafficking (OCFT) in the Bureau of International Labor Affairs (ILAB) within U.S. Department of Labor (USDOL) has invested in programs over the last 25 years to eliminate child labor and forced lab...Read More

Recent Migration Trends in the Americas

This report seeks to inform the discussions at the Summit of the Americas in June 2022 by providing background on migration on the continent and in particular recent dynamics pending data availability. The Global Compact of Migration recognized in t...Read More