The world’s garment workers have been among the hardest hit by the economic ravages of the coronavirus pandemic. Hours and wages have declined for many of those lucky enough to keep their jobs, and millions have been fired outright, as apparel brands and retailers slashed production volumes throughout their supply chains.

This estimate reflects only the confirmed and likely severance violations among 400 garment factories where the WRC has been able to identify a factory closure or mass dismissal. These are cases where news of job loss has been brought to light through reports from unions or other civil society organizations, or through local media coverage, or because unpaid workers have brought a complaint. These cases represent only a modest fraction of the total number of closures and large-scale dismissals over the last 12 months across the entire garment industry. Indeed, comparing aggregate country-level data on factory closures and job loss from credible sources to the WRC’s data set indicates that the 400 cases identified by the WRC represent no more than 10 percent of the global total of factories that have closed or shed a substantial number of workers. Even making the reasonable assumption that cases where severance has gone unpaid are substantially over-represented in our sample of factories, since it is partly generated by worker complaints, this means pandemic-era severance theft across the global apparel supply chain very likely exceeds half a billion dollars. The figure is sure to rise as the pandemic and its economic consequences continue to unfold. 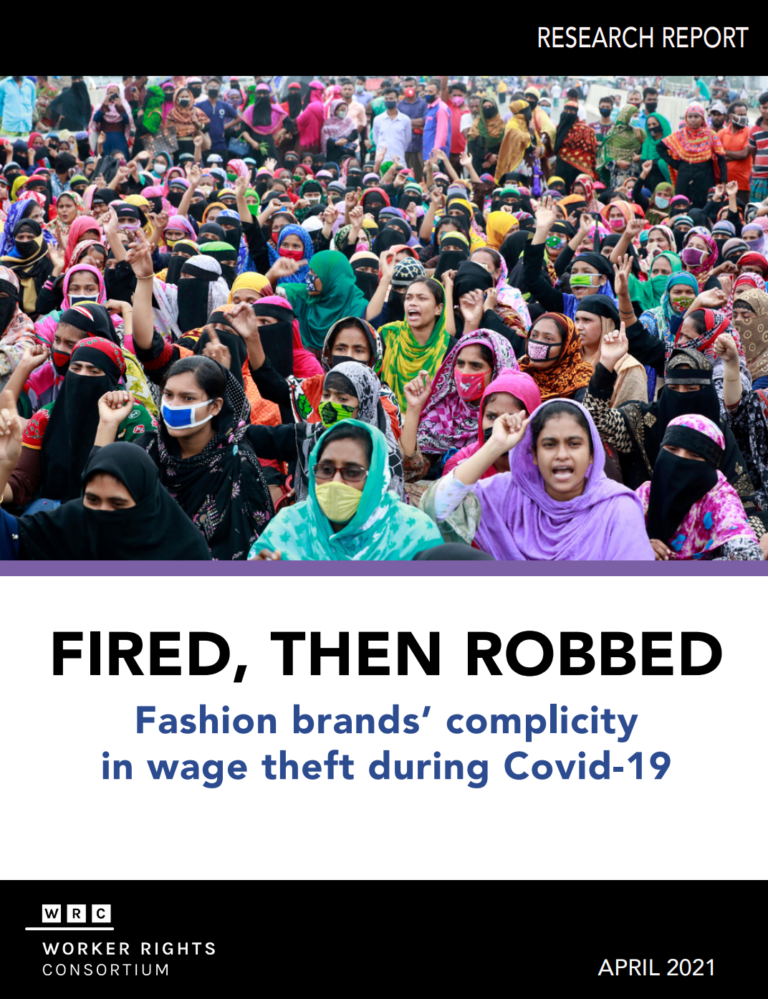 The People’s Republic of China (PRC) government continues to carry out genocide and crimes against humanity against Uyghurs and members of other ethnic and religious minority groups in the Xinjiang Uyghur Autonomous Region (Xinjiang), China The PR...Read More

The rapid growth of digital technology has revolutionized our lives, transforming the way we connect and communicate. Internet access, mobile devices and social media are now ubiquitous, especially among children. Of the 4.5 billion people with acce...Read More

The publication describes the roles and responsibilities for national focal points for child victims of trafficking in response to the MC Decision 6/18 on Strengthening Efforts to Prevent and Combat Child Trafficking, including of Unaccompanied Mino...Read More