Forced labor, trafficking, and modern slavery (referred to collectively herein as forced labor) are human rights abuses persistent in global supply chains. The International Labour Organization (ILO) estimates that, in 2016, 16 million people were in situations of forced labor in the private sector. Companies must be vigilant in their commitment to safeguard workers’ rights, in particular with regard to the risk of forced labor. Global efforts to tackle the problem of forced labor include new laws and regulations as well as new benchmarking initiatives aimed at highlighting the best and worst practices amongst companies. Companies face serious legal and reputational risks if they do not take effective action to prevent forced labor in their global supply chains.

The Fair Labor Association’s (FLA) stand against forced labor has been evident since the organization’s foundation in 1999. FLA standards on forced labor detail more than a dozen indicators for companies evaluating whether their suppliers or producers are upholding their human rights commitments and can be used at any supply chain level. The FLA Workplace Code of Conduct (the FLA Code) clearly states that there “shall be no use of forced labor, including prison labor, indentured labor, bonded labor or other forms of forced labor.”

This brief focuses on international standards, frameworks and best practices for identifying and eradicating forced labor in supply chains. It explains the indicators of forced labor as set out in the FLA Code, provides examples of risks and violations reported by the FLA’s on-the-ground assessors, and offers recommendations of proactive and cooperative steps that companies can take to ensure suppliers do not engage in, contribute to, or tolerate forced labor. 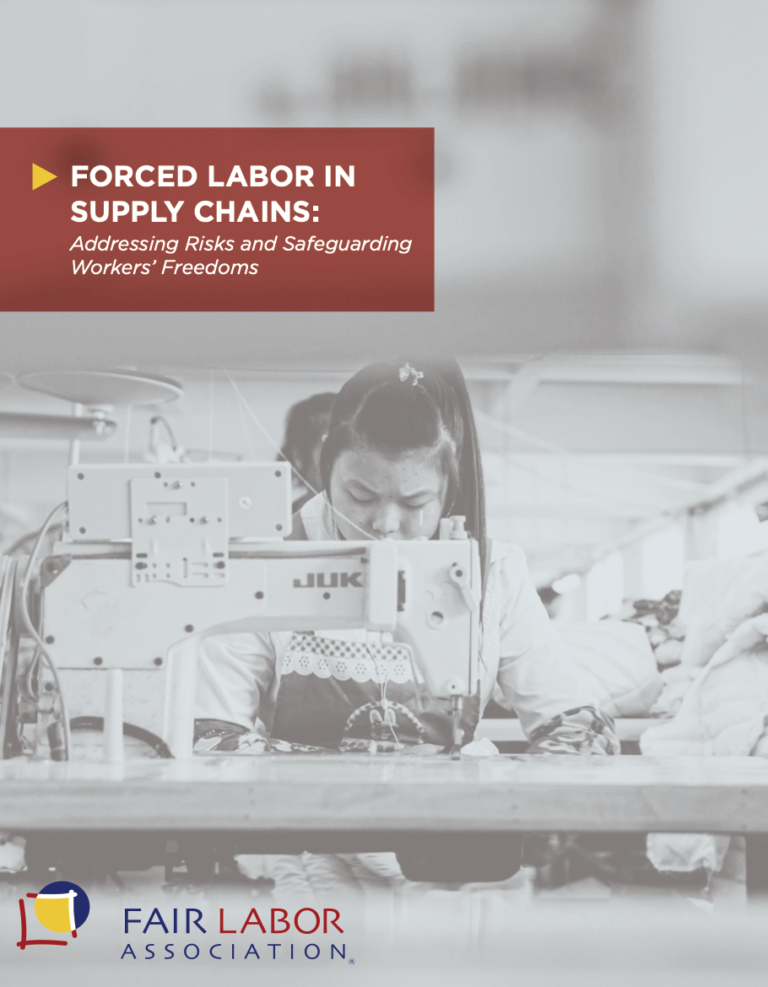 This publication identifies ten key principles to help integrate the management of human rights risks into contract negotiations on investment projects between host State entities and foreign business investors. This publication has been developed...Read More

The Environment of Criminality Surrounding the Palm Oil Industry

The contents of this document provide a practical assessment of risk within the wider palm oil industry structure and the urgent need for better governance, management and administration to prevent these undesirable activities from continuing and gi...Read More

Combatting Human Trafficking since Palermo: What Do We Know about What Works?

In 2016, there were an estimated 40.3 million victims of modern slavery in the world, more than were enslaved during the Transatlantic Slave Trade. Since the adoption of the 2000 UN Trafficking Protocol, numerous efforts from inter-governmental a...Read More