Corporate human rights reporting is a commonly expected practice and is increasingly becoming a legal requirement for businesses. Under the international framework of the United Nations Guiding Principles on Business and Human Rights (UNGPs), states should “encourage, and where appropriate require, business enterprises to communicate how they address their human rights impacts.” In the past few years, several countries have passed laws that mandate companies disclose their policies and practices aimed specifically at preventing forced labour and human trafficking in their supply chains. The first such disclosure law, the Transparency in Supply Chains Act, was passed in California in 2010. In 2015, the United Kingdom passed the Modern Slavery Act (U.K. MSA), a comprehensive law that seeks to eradicate modern slavery and includes a transparency provision for businesses that improves upon the base model laid out in the California Act. The Australian government passed a modern slavery law in December of 2018, and similar bills have also been introduced in Canada and the United States. Other jurisdictions have passed or are exploring legislation mandating that companies conduct human rights due diligence and report on such efforts. In this context, it is crucial to assess how effective modern slavery transparency legislation has been, as well as to identify ways to ensure reporting practices have the intended impact. 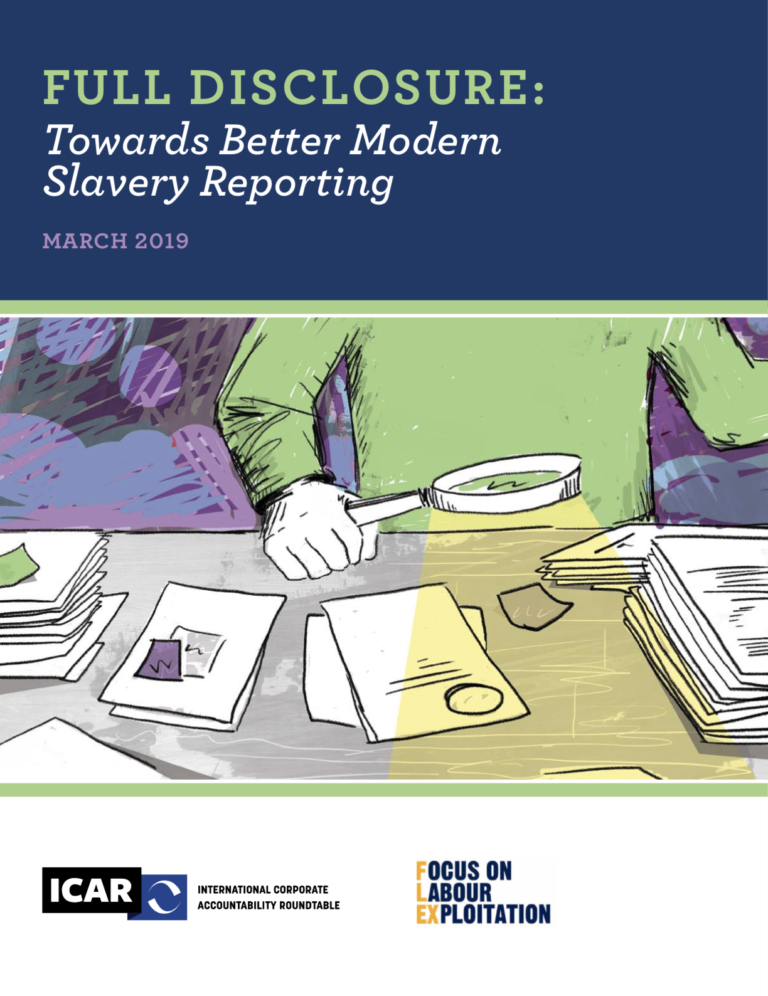 This Learning Paper Series was developed by the USAID Asia Counter Trafficking in Persons (CTIP) project with the overall aim to learn from our current and previous programming to better inform our future work. Winrock In- ternational is the im...Read More

This publication introduces procurement professionals to the key concepts behind ethical procurement and provides practical advice for getting started. It not only addresses procurement specifications, but recognises the importance of how a buyer con...Read More

Exposing the Hidden Victims of COVID-19

The COVID-19 pandemic is exposing just how fragile the protection and prevention framework on modern slavery is, despite progress in recent years resulting from a new focus, marked particularly by a drive toward national anti-slavery legislation. ...Read More

Guide to assist businesses in the implementation of the Athens Ethical Principles. The guide is structured around seven principles.