This report is the result of a collaborative effort between the International Labour Organization (ILO) and the Walk Free Foundation, in partnership with the International Organization for Migration (IOM). They benefited from inputs provided by other UN agencies, in particular the Office of the High Commissioner for Human Rights (OHCHR).

The 2017 Global Estimates of Modern Slavery are presented as a contribution to the Sustainable Development Goals (SDGs), in particular to Target 8.7, which calls for effective measures to end forced labour, modern slavery, and human trafficking, as well as child labour in all its forms. It is intended to inform policy making and implementation of target 8.7 and related SDG Targets. 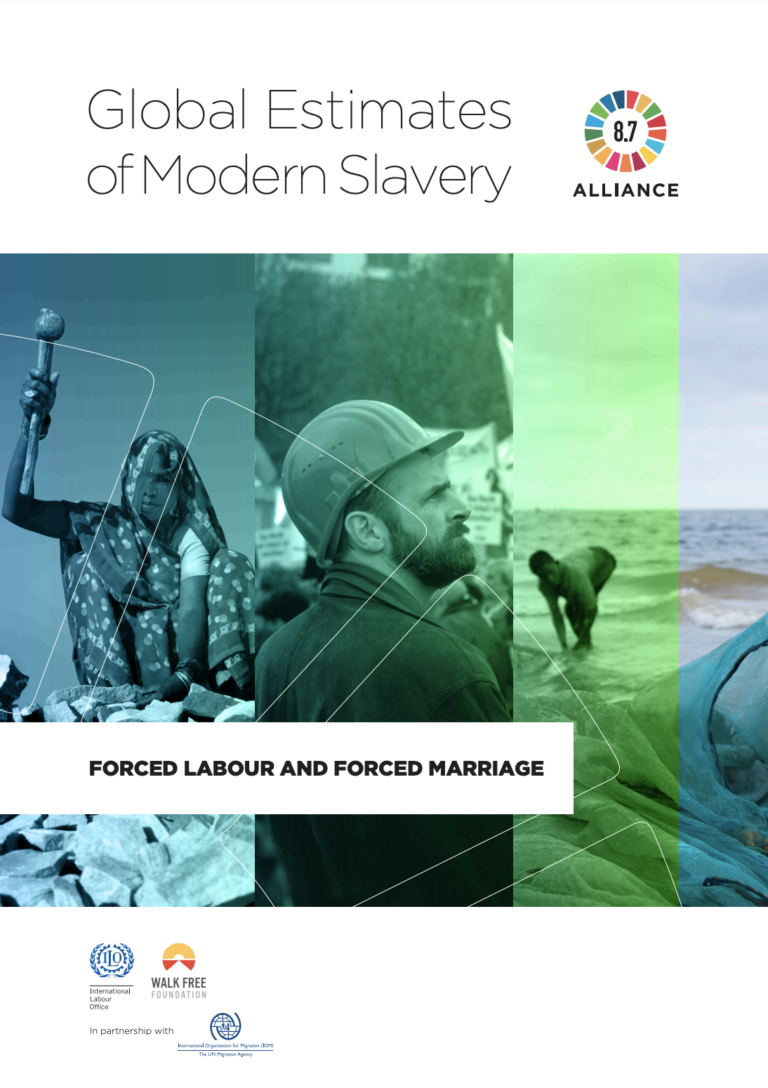 Delta 8.7 is a global knowledge platform exploring what works to eradicate forced labour, modern slavery, human trafficking and child labour, an aim set out in Target 8.7 of the UN Sustainable Development Goals. On any given day in 2016,...

In July 2015, Human Rights Watch interviewed 26 children, ages 16 and 17, who worked on tobacco farms in North Carolina that summer. Almost all of the children inter- viewed—25 out of 26—said they experienced sickness, pain, and discomfort while...Read More

Authors: Livia Wagner, Thi Hoang The policy brief was originally posted here on GI-TOC website, as part of its #CovidCrimeWatch initiative. The coronavirus is not only claiming hundreds of thousands of lives, but is also causing a global econo...Read More

What works to end modern slavery? A review of evidence on policy and interventions in the context of justice

The purposes of the study was to examine what is known about effective policy to achieve SDG Target 8.7 in the context of justice, by: (1) collecting and collating existing evidence on what works; (2) identifying the range of claims and hypotheses c...Read More