In June 2018, a coalition of global tech companies, civil society organizations, and international institutions jointly launched Tech Against Trafficking (TAT), a cooperative effort to support the eradication of human trafficking and in which the Global Initiative against Transnational Organized Crime, the Babson College’s Initiative on Human Trafficking and Modern Slavery, the UN Migration Agency IOM – the three RESPECT founding organisations –  serve as the Research Lead.

By tapping into their technical expertise, capacity for innovation, and global reach, the company members of Tech Against Trafficking believe that technology can and must play a major role in preventing and disrupting human trafficking and empowering survivors. The group will work with anti-trafficking experts to identify and investigate opportunities to develop and scale promising technologies.

“We all want to leverage our resources and skills to help further the impact of the tools already out there,” says Eric Anderson, head of the Modern Slavery Programme at BT. “But to do that effectively, we first need to know how technology is currently being used, what’s working and what’s not, and where the gaps are.”

The group has embarked on an ambitious project to understand and map the landscape of existing tech tools being used in the anti-trafficking sector. Over 200 anti-trafficking tools were identified, with the majority (approximately 69 percent) working to identify existing victims of human trafficking and address and manage the risk of child and forced labour in corporate supply chains. 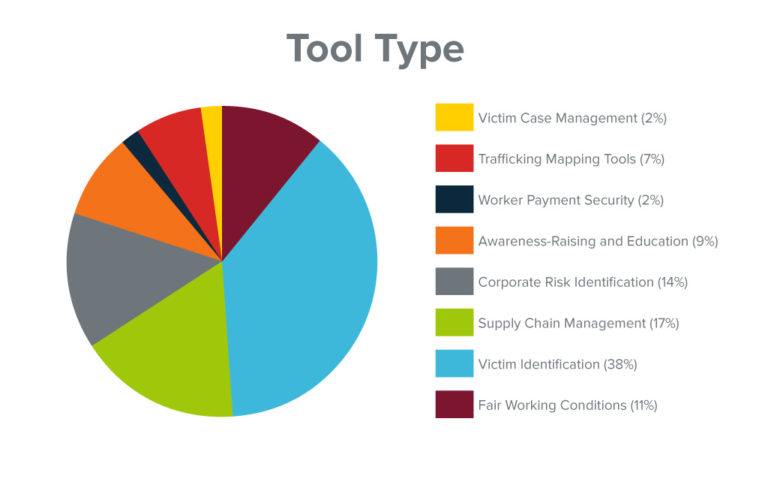 “We were surprised at how few of the tools are intended to directly engage with victims or vulnerable populations. Of those tools with publicly available information, only 11 percent are geared toward worker engagement, 9 percent are educational, and 2 percent focus on victim case management,” says Livia Wagner of the Global Initiative. “Of the identified tools, we also noted a strong concentration of tech tools developed and operating in the Global North, despite higher prevalence rates of human trafficking in the Global South. This is most likely due to our lack of insight into the use of technology in these regions, and we’ll need help from organizations on the ground to better understand how tech is, or is not, being used.” 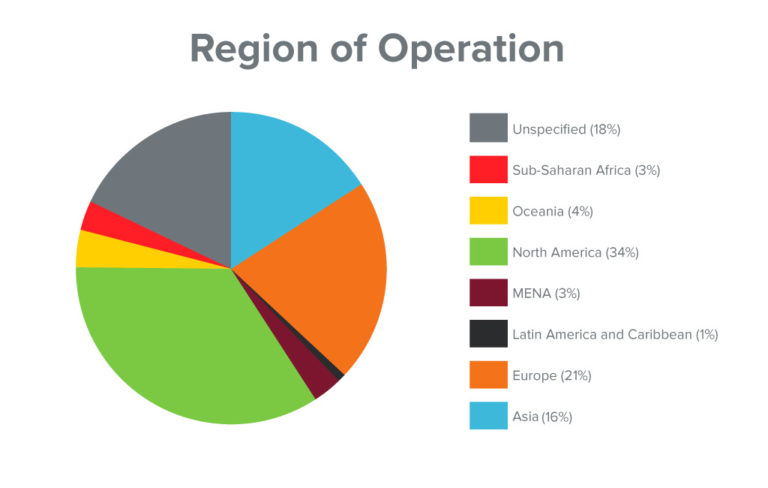 Following this initial identification process, Tech Against Trafficking is evaluating each of the more than 200 tools to better understand how they work, how effective they have been, and the barriers they face to scaling their impact. The evaluations are based on publicly available information and are ongoing as the group conducts outreach to organizations developing technology applications.

Tony D’Arcy, head of corporate responsibility reporting, communications and customer relations at Nokia, stated, “We know this is just the start, but we are looking forward to sharing the results of our landscape mapping to understand how technology is being used to combat human trafficking across geographies and sectors. The initiative will be publishing an interactive map of these tools, with the goal of increasing cooperation and encouraging the use of innovative technology to support a multi-pronged approach to eradicating trafficking.”

Tech Against Trafficking intends to make this map as comprehensive as possible and invites all organizations using technology to combat human trafficking, in every language and every region around the globe, to review and recommend additions to the list of identified tech tools, found here. We encourage interested organisations to contact Ms. Livia Wagner at livia.wagner@globalinitiative.net with any additions.

We invite all interested technology companies to reach out to the BSR team to find out how to get involved.

This was originally published on the BSR blog.

The RESPECT founding organizations, Babson College’s Initiative on Human Trafficking and Modern Slavery, the Global Initiative Against Transnational Organized Crime, and the International Organization for Migration, proudly announce that we have been chosen as the Research Lead to guide the...