Human Trafficking for the Purpose of Labour Exploitation

In the majority of countries evaluated under the second evaluation round of the Convention, available statistical information on investigations, prosecutions and convictions in human trafficking cases was not disaggregated by form of exploitation. Nevertheless, it is clear that there have been few successful prosecutions and convictions for trafficking for the purpose of labour exploitation. Many States Parties have referred to difficulties regarding the prosecution of cases of trafficking for the purpose of labour exploitation. GRETA has recalled the positive obligation of States to investigate human trafficking, established by the European Court of Human Rights in its judgment in the case of Rantsev v. Cyprus and Russia and confirmed in Chowdury and others v. Greece. 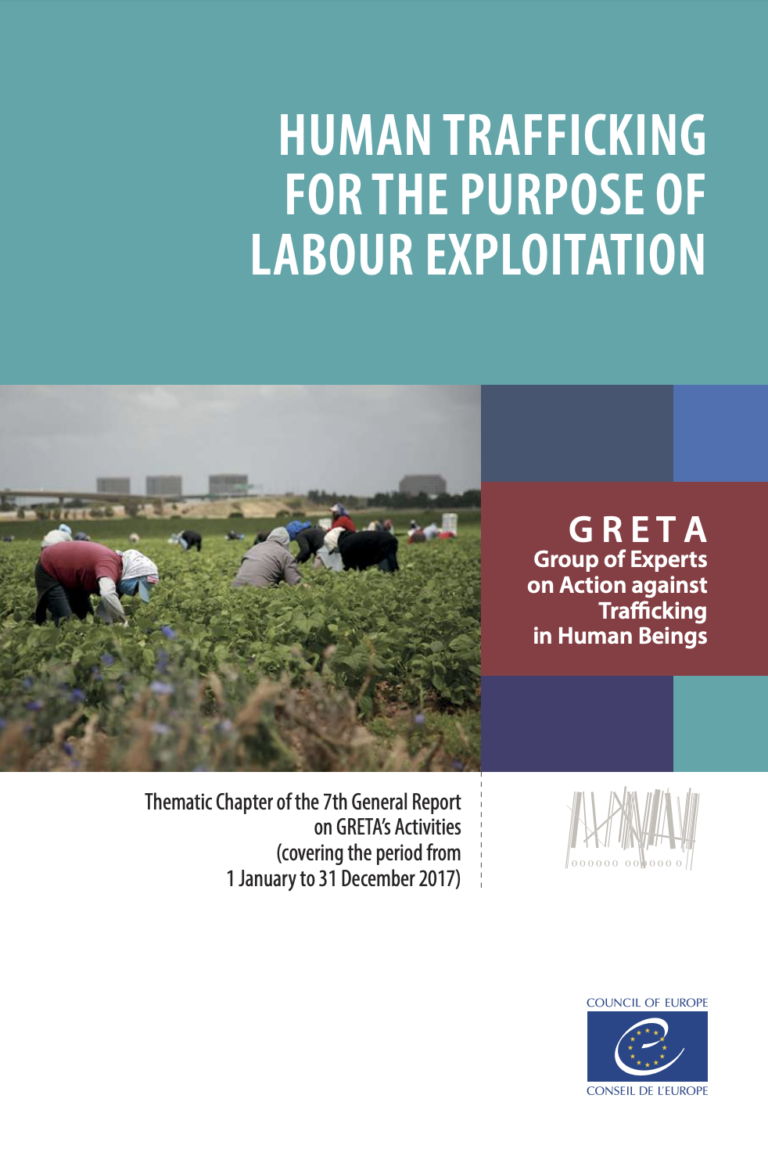 Human Trafficking for the Purpose of Labour Exploitation - Council of Europe, 2019 DOWNLOAD

The Council of Europe Convention on Action against Trafficking in Human Beings is a comprehensive treaty mainly focused on the protection of victims of trafficking and the safeguard of their rights. It also aims at preventing trafficking as well as...

Trafficking in human beings is a serious violation of human rights and human dignity, and is considered one of the worst crimes of all (Federal Ministry for European and International Affairs, n.d.).As a global phenomenon that can only be tackled at...Read More

This Regional Overview on the sexual exploitation of children (SEC) in the Middle East and North Africa (MENA), consolidates the relevant existing data to map the context, risk factors, region-specific issues, responses and gaps in the fight against...Read More

Communication from the Commission to the European Parliament, The Council, and The European Economic and Social Committee: On decent work worldwide for a global just transition and a sustainable recovery

According to the latest global estimates, 160 million children worldwide are in child labour. That is one in ten children in the world, and their number is growing. Nearly half of these children are performing hazardous work. At the same time, 25 mi...Read More