University of Nottingham Rights Lab, May 2022

Year-on-year, the number of migrant fishers crewing United Kingdom-flagged fishing vessels is seemingly increasing. Primarily from European states, the Philippines, and Ghana with fewer numbers of fishers from Indonesia, India, and Sri Lanka, there have long been concerns and reports of systemic pay and wage inequalities, pervasive labour abuses, and exploitative immigration schemes. In January 2020, the International Labour Organization’s (ILO) (2007) Work in Fishing Convention (C188) came into force in the United Kingdom (UK). In conjunction with the Modern Slavery Act, on paper, the UK has one of the most stringent fisheries labour regulation environments; yet the abuse of migrants continues. 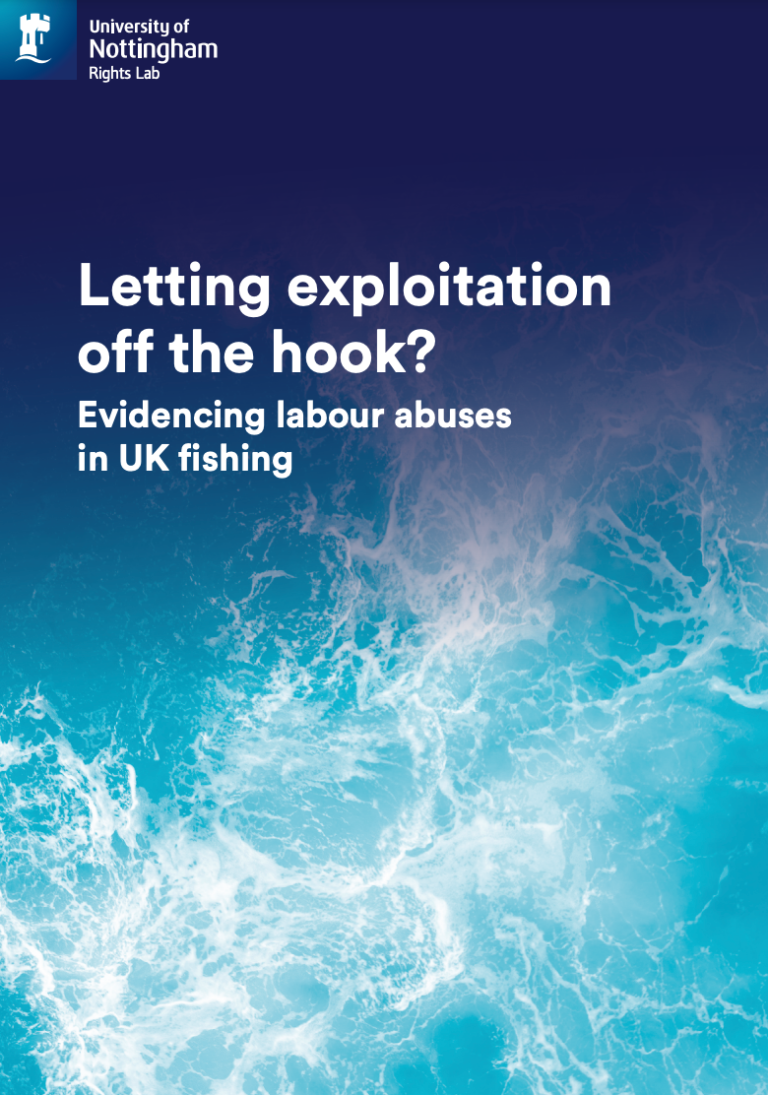 Newsletter Announcement can be found here. ABOUT THE AWARD The Stop Slavery Award was launched by the Thomson Reuters Foundation, as an action resulting from the 2015 Trust Conference. The initiative recognises companies that have taken concrete...Read More

Gender-based violence in the garment and textile sector

This chapter documents the research carried out in the garment and textile sector. Individual and group interviews were carried out with 26 women trade union leaders and union representatives from unions in four garment producing countries: El Salva...Read More