Myanmar: The social atrocity: Meta and the right to remedy for the Rohingya

Beginning in August 2017, the Myanmar security forces undertook a brutal campaign of ethnic cleansing against Rohingya Muslims in Myanmar’s northern Rakhine State. They unlawfully killed thousands of Rohingya, including young children; raped and committed other sexual violence against Rohingya women and girls; tortured Rohingya men and boys in detention sites; and burned down hundreds of Rohingya villages. The violence pushed over 700,000 Rohingya – more than 80 per cent of the Rohingya population living in northern Rakhine State at beginning of the crisis – into neighbouring Bangladesh, where most linger in refugee camps to this day. The UN’s Independent International Fact-Finding Mission on Myanmar (IIFFMM) called for senior military officials to be investigated and prosecuted for war crimes, crimes against humanity, and genocide.

In the months and years leading up to and during the 2017 atrocities, Facebook in Myanmar became an echo chamber of virulent anti-Rohingya content. Actors linked to the Myanmar military and radical Buddhist nationalist groups systematically flooded the Facebook platform with incitement targeting the Rohingya, sowing disinformation regarding an impending Muslim takeover of the country and seeking to portray the Rohingya as sub-human invaders. The mass dissemination of messages that advocated hatred inciting violence and discrimination against the Rohingya, as well as other dehumanizing and discriminatory anti Rohingya content, poured fuel on the fire of long-standing discrimination and substantially increased the risk of an outbreak of mass violence. 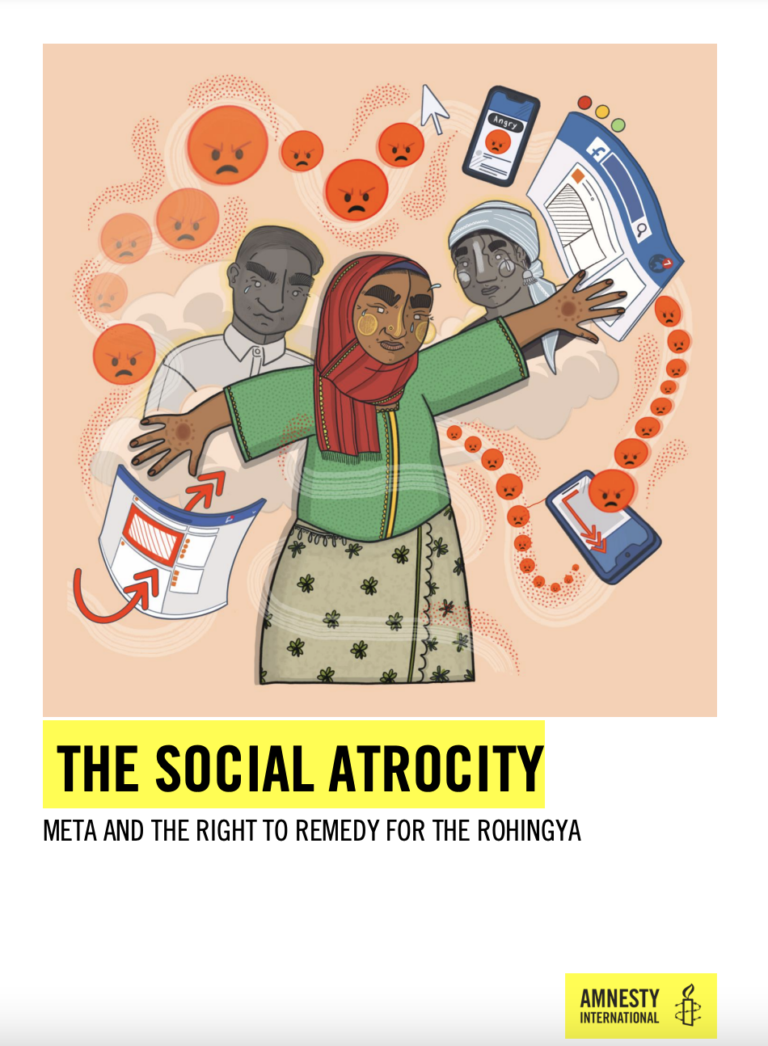 Myanmar: The social atrocity: Meta and the right to remedy for the Rohingya - Amnesty International, 2022 DOWNLOAD

Blockchain first entered public awareness as the technology underpinning the cryptocurrency Bitcoin. Whilst the longevity of Bitcoin remains uncertain, and governments and financial institutions alike are cautious in their acceptance of cryptocurrenc...Read More

This small-scale exploratory study aims to understand whether certain categories of workers in the textile and apparel sector in the National Capital Region in India are at any risk of forced labour, and, if so, the nature and incidence of these ris...Read More

The People’s Republic of China (PRC) government continues to carry out genocide and crimes against humanity against Uyghurs and members of other ethnic and religious minority groups in the Xinjiang Uyghur Autonomous Region (Xinjiang), China The PR...Read More

Child Marriage and Other Harmful Practices