Seabound: The Journey to Modern Slavery on the High Seas

For several years now, international media has shone a spotlight on the inhumane working conditions of migrant fishers from Southeast Asia. The vessels they work on reportedly use destructive, illegal, and unreported methods, which take a heavy toll on the health and viability of our already fragile oceans.

By the fishers’ own accounts, lured by promises of higher wages, many find themselves indebted to shady brokers and employment agencies. Through salary deductions, as indicated in their payment schedules, Indonesian migrant fishers have to pay guarantee deposits and processing costs, far in excess of the amounts they were expecting, for the first 6 to 8 months of their employment. As a result, they often work ridiculous hours in one of the world’s most dangerous industries, for little or no pay. This alone suggests modern slavery, but the issues at hand are multifarious and just as heart-wrenching.

Isolation at sea for months, even years, makes escape difficult and often impossible. It is all too easy for these vessels to operate away from the reach of the law. Such a scenario, where fishing vessel captains rule with impunity, makes modern slavery at sea possible. Through direct interviews, paper trail, and corroborative information, Greenpeace Southeast Asia describes the alleged working conditions as claimed by Indonesian and Filipino migrant fishers on distant water fishing fleets.

Dwindling fish populations are forcing vessels to seek fish further and further out to sea, which results in higher operation costs and increases the possibility of violation and exploitation of migrant fishers who endure backbreaking work just to make a living.

The fates of migrant fishers remain uncertain because the crimes they allege that were committed against them usually happen out in the open sea, far away from the scrutiny of regulators who might ensure their proper working conditions and safety.

As a result of the learnings outlined in this report, Greenpeace Southeast Asia strongly emphasises the need for ASEAN member States, particularly the Philippine and Indonesian governments, to take concrete policy actions to address the labour and environmental issues cited and ensure that modern slavery at sea becomes a thing of the past. 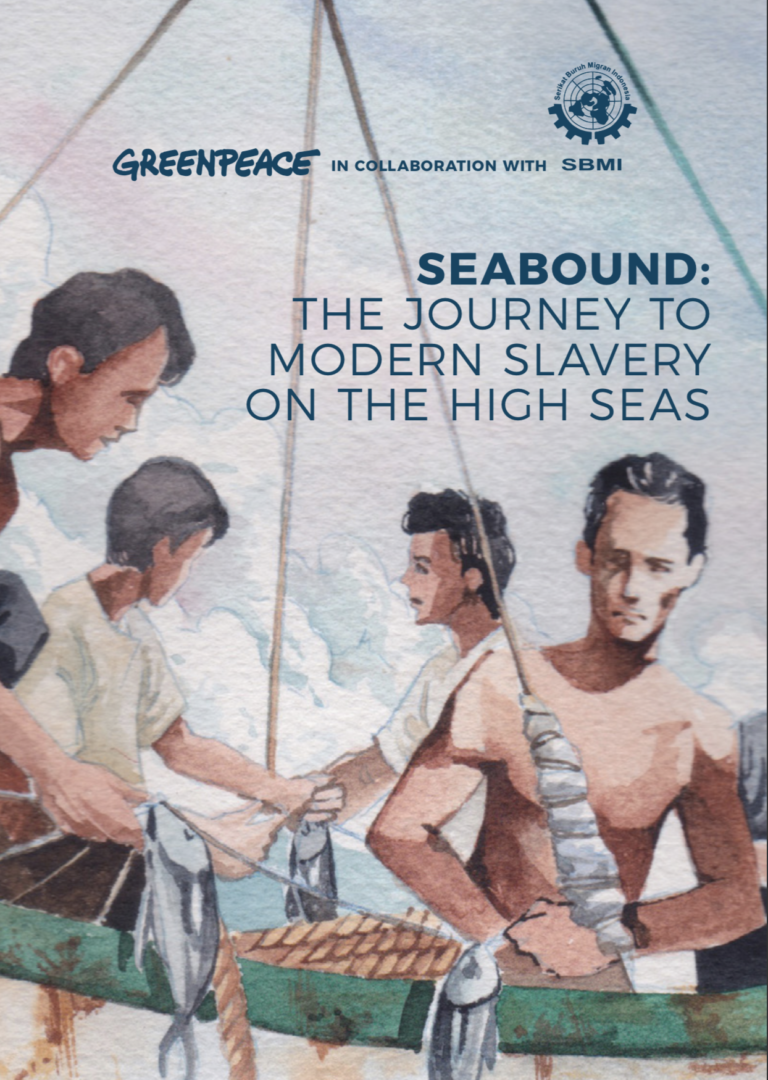 Seabound: The Journey to Modern Slavery on the High Seas DOWNLOAD

This working paper, based on participatory research carried out with cleaners in the UK, highlights key workplace issues in the cleaning sector, and the risk and resilience factors that impact cleaners’ vulnerability to labour abuse and exploitati...Read More

In 2015, the UK Government introduced the Modern Slavery Act (MSA), which requires certain companies publish an annual statement detailing what steps they have taken to tackle modern slavery, both in their operations and in their supply chains. Busin...Read More

In 2003 alone, HIV/AIDS‐associated illnesses caused the deaths of approximately 2.9 million people worldwide, including an estimated 490,000 children younger than 15 years (UNAIDS 2004). No need to say that massive interventions are needed in orde...Read More