The exploitation of persons– for labor or sexual purposes– is the third-largest illegal “business” after drug and arms trafficking. While slavery was officially abolished in the United States 150 years ago, in 2012 the International Labor Organization conservatively estimated that some 21 million persons globally, including in the US, remain enslaved. 14.2 million people are victims of forced labor and another 4.5 million are victims of forced sexual exploitation. Other estimates put the victims of modern-day slavery much higher, however due to the clandestine nature of trafficking, it is difficult to get accurate numbers. For this reason, building public awareness of labor and sex trafficking is imperative. Due to recent media attention, new domestic and international legislation, consumer pressure and the collective initiatives of faith-based and non-governmental organizations, human trafficking and modern-day slavery are no longer considered underground crimes committed in far off lands, but understood as real threats that are “hidden in plain sight”.

This report by the Interfaith Center on Corporate Responsibility offers recommendations for companies to fight human trafficking. 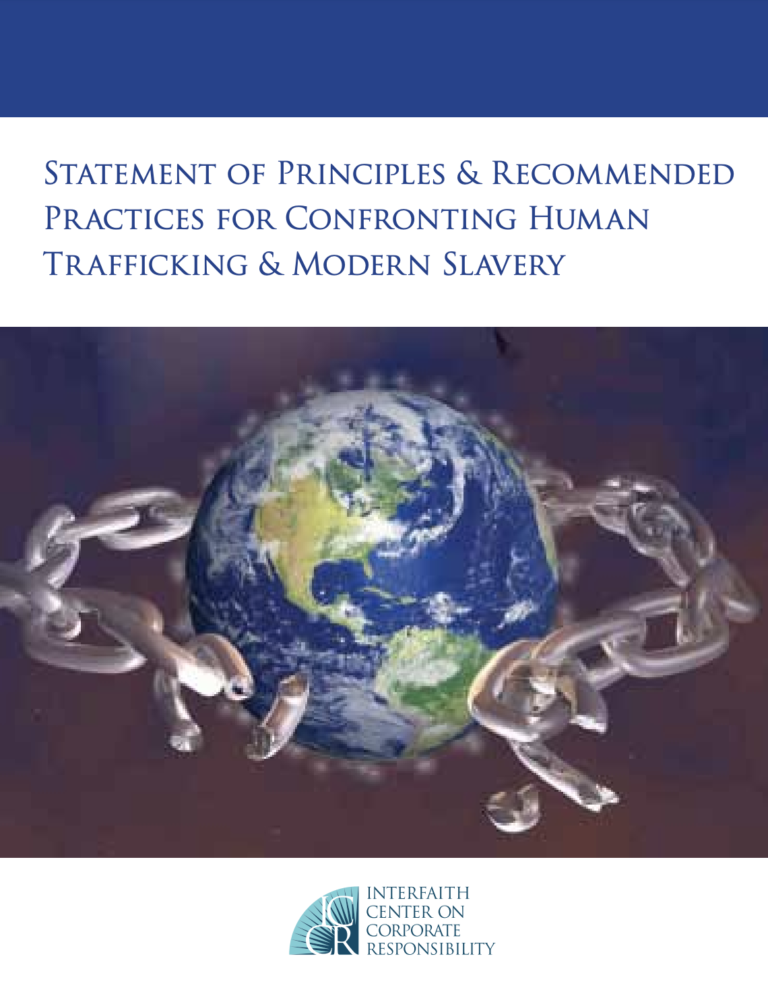 Seeking to better understand the risks of forced labour and human trafficking in the Thai seafood industry, Nestlé contracted Verité to conduct a focused investigation of six production sites in Thailand—three shrimp farms (one in Maha...Read More

Measuring the ‘S’ in ESG related to Modern Slavery

Globally, it is estimated that there are over 40 million men, women and children in modern slavery today. Two thirds of these victims are in Asia. These victims, who can be found in factories, construction sites, fisheries and sex venues, are forced...Read More

This Guide integrates ICMPD’s experience of advising and supporting governments in their anti-trafficking efforts in the past fifteen years from many other regions across the world – from Brazil to West Africa, Middle East and the Caucasus. It i...Read More

By ratifying the international instruments related to combating trafficking in human beings (THB) and adopting the OSCE commitments regarding the same, all of the OSCE’s 57 participating States have committed themselves to implementing gender-sens...Read More