The American Dream Up for Sale: A Blueprint for Ending International Labor Recruitment Abuse

This report documents findings about the level of recruitment abuse in the United States work visa system and gaps in worker protections.

Each year, hundreds of thousands of people from around the world are recruited to work in the United States on temporary work visas. Internationally recruited workers are employed in a wide range of U.S. industries, from low-wage jobs in agriculture and landscaping to higher-wage jobs in technology, nursing and teaching. They enter the United States on a dizzying array of visas, such as H-1B, H-2A, H-2B, J-1, A-3, G-5, EB-3, B-1, O-1, P-3, L, OPT and TN visas, each with its own rules and requirements. This report will demonstrate two key findings regarding the current U.S. work visa system:

2) Disparate rules and requirements for workers, employers and recruiters, as well as lax enforcement of the regulations that do exist, allow and even incentivize recruiters and employers to engage in abuses.

The International Labor Recruitment Working Group (“the Working Group”) seeks to end the systemic abuse of international workers who are recruited to work in the United States. By convening workers’ rights advocates across labor sectors, the Working Group has undertaken a thorough analysis of the current regulatory and enforcement framework to identify the shortcomings and gaps in worker protections. This report aims to bring the voices of internationally recruited workers of all skill and wage levels into policy discussions to illustrate the extent of the problems with international labor recruitment practices. This report shows how structural flaws in work visa programs increase the vulnerability of workers to human trafficking. 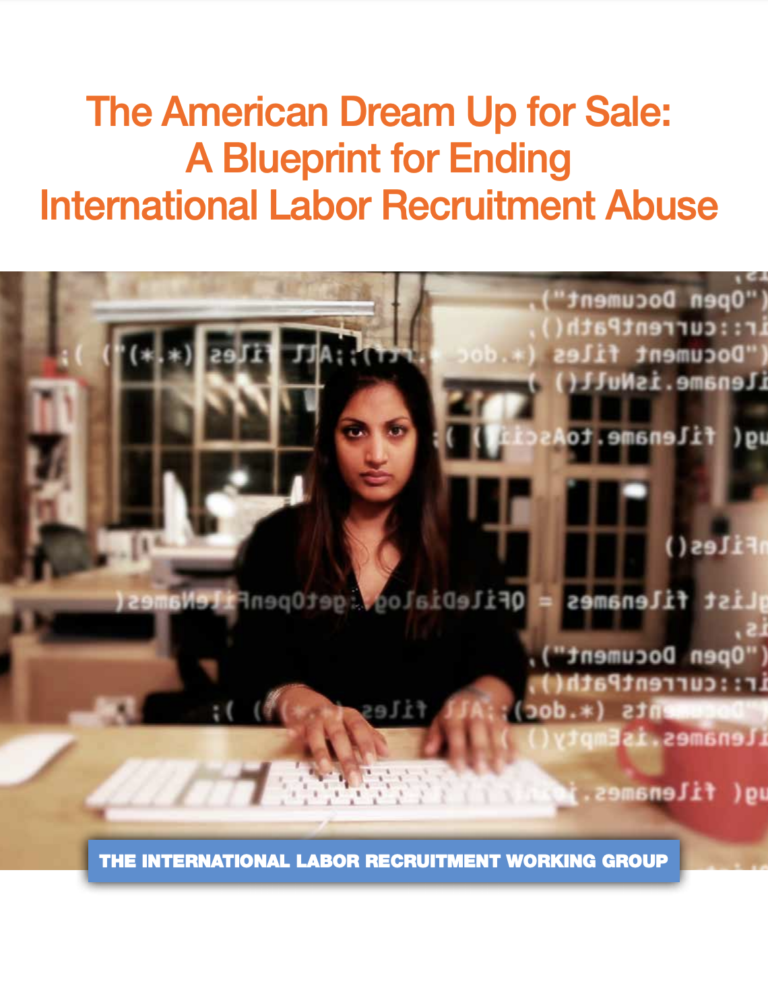 This report draws on the frontline experiences of Labour Exploitation Advisory Group members, including Ashiana Sheffield, Latin American Women's Rights Service and Bail for Immigration Detainees, to explore why and how victims of trafficking are be...Read More

Report of the Global Solutions Forum: Acting together to end child labour in agriculture– concrete experiences and successful practices shared on 2-3 November 2021

Abstract: On 2–3 November 2021, to mobilize global action and highlight concrete solutions to eradicate child labour in agriculture, FAO, in close collaboration with the International Labour Organization (ILO) and in partnership with the Intern...Read More

Guidelines of Good Practice on Hiring, Termination, Discipline and Grievances

The UN's children agency UNICEF recently warned the world that the COVID-19 pandemic is becoming a child rights crisis. India has the largest child population in the world with 472 million children, many of whom are going through the pandemic withou...Read More