The Human Trafficking Of Domestic Workers In The United States. Findings from the Beyond Survival Campaign

This report collected data from different organisations who work closely with domestic worker survivors of human traffcking. The data from these organizations reveal the depth and nature of traffcking in the domestic work sector, and shed light on the specifc forms of exploitation often faced by trafficked domestic workers.

The findings in the report have been quantified from data collected from six NDWA member affiliates who anchor the Beyond Survival campaign and work closely with domestic worker survivors of human trafficking. The data from these organizations reveal the depth and nature of trafficking in the domestic work sector, and shed light on the specific forms of exploitation often faced by trafficked domestic workers. Among the 110 cases of domestic worker trafficking reported across all six affiliates, our findings show that:

This report establishes that domestic workers experience labour conditions that are often indicators of the most extreme form of labour exploitation – human trafficking; that resources are needed to meaningfully address the needs of survivors and support their leadership development; and that federal policy changes are needed to effectively hold traffickers accountable and prevent the human trafficking of domestic workers. 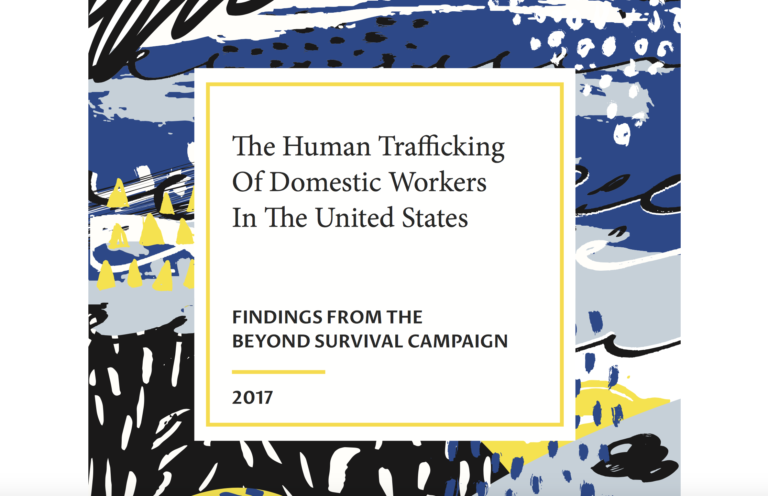 The Human Trafficking Of Domestic Workers In The United States. Findings from the Beyond Survival Campaign - IPS, 2017 DOWNLOAD

International food supply chains provide employment for tens of millions of women and men around the world, demonstrating the potential for private sector actors to fight poverty and inequality. Yet far too many work in appalling conditions. The o...Read More

Child domestic work is a hidden form of child labour driven by poverty and social norms. However, little is known about the situations of child domestic workers. This study aims to describe and analyse gender-specific working conditions, health, and...Read More

The Effects of COVID‑19 on Trade and Global Supply Chains

The purpose of this brief is to provide an analysis of the near-term effects of the COVID‑19 pandemic on enterprises and workers engaged in trade and GSC-related activities and to explore the medium and long-term implications of the pandemic on su...Read More