The Philippine Sex Workers Collective: Struggling to be Heard, not Saved

The Philippine Sex Workers Collective is an organisation of current and former sex workers who reject the criminalisation of sex work and the dominant portrayal of sex workers as victims. Based on interviews with leaders of the Collective and fifty other sex workers in Metro Manila, the author argues in this paper that a range of contextual constraints limits the ability of Filipino sex workers to effectively organise and lobby for their rights. For example, the Collective cannot legally register because of the criminalisation of sex work, and this impacts their ability to access funding and recruit members. The structural configuration of the Philippines’ Inter-Agency Council Against Trafficking incentivises civil society organisations to adhere to a unified position on sex work as violence against women. The stigma against sex work in a predominantly Catholic country is another constraint. Recently, President Rodrigo Duterte’s war on drugs has been weaponised by some members of the police to harass sex workers. Finally, the author reflects on strategies the Collective could adopt to navigate the limited space they have for representation, such as crucial partnerships, outreach work, and legal remedies. 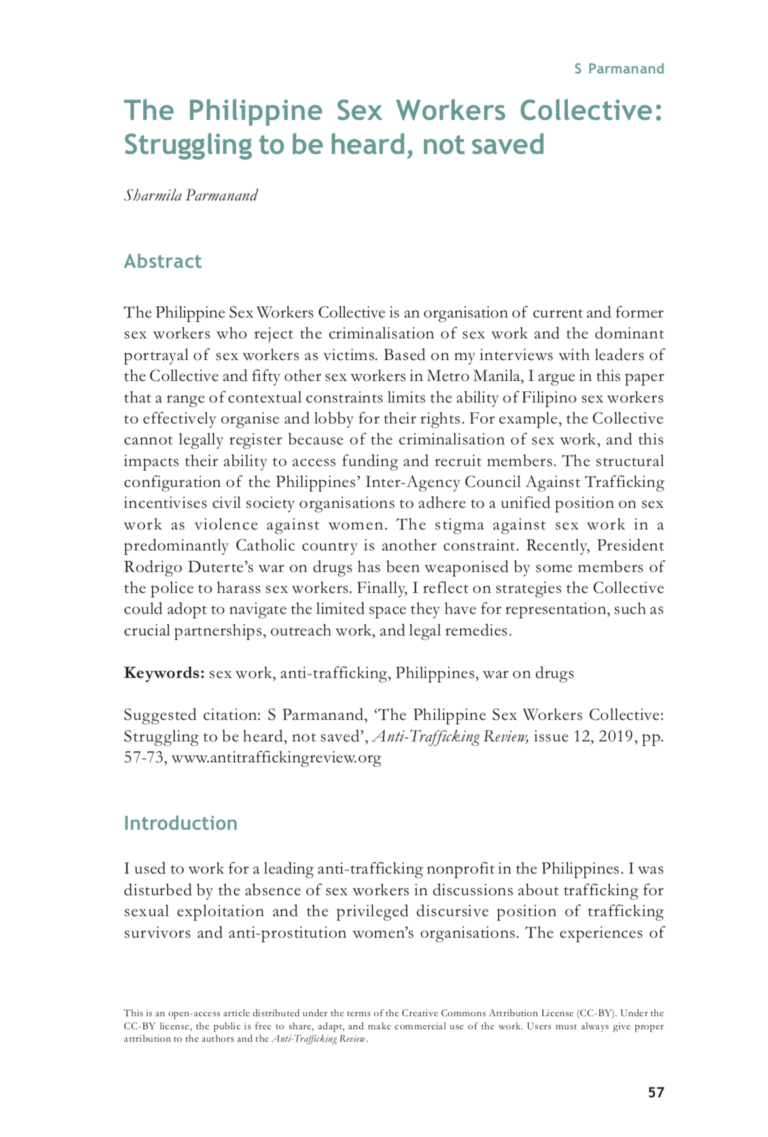 The Philippine Sex Workers Collective: Struggling to be Heard, not Saved DOWNLOAD

Reality Behind Brands’ CSR Hypocrisy: An Investigative Report on China Suppliers of ZARA, H&M, and GAP

In the spring of 2015 and 2016, SACOM conducted undercover investigations inside four of Zara, H&M, and GAP’s supplier factories in China. Despite three brands’ CSR policies appear to be comprehensive and enable them to proclaim ethical, SA...Read More

The following information is based on incoming communication with the National Human Trafficking Hotline from January 1, 2016 – December 31, 2016 about human trafficking cases and issues related to human trafficking in the Northern Mariana Islands...Read More