Thailand is the fourth-largest exporter of seafood globally. For over a decade, labour abuse, particularly of migrant workers from Myanmar, Cambodia, and Lao PDR, has been widely documented within the Thai seafood industry.

A follow-up to a 2016 report assessing the Thai seafood industry’s response to forced labour and human trafficking, this report provides an update on progress made and gaps that still remain. The findings in this report are based on 49 interviews with representatives from the private sector, civil society organisations (CSOs), and the RTG, a review of the policies and publications of 28 seafood companies and retailers, and focus group discussions, surveys, and interviews with 280 Myanmar and Cambodian workers involved in seafood capture and production. Some of the key findings are outlined within the report. 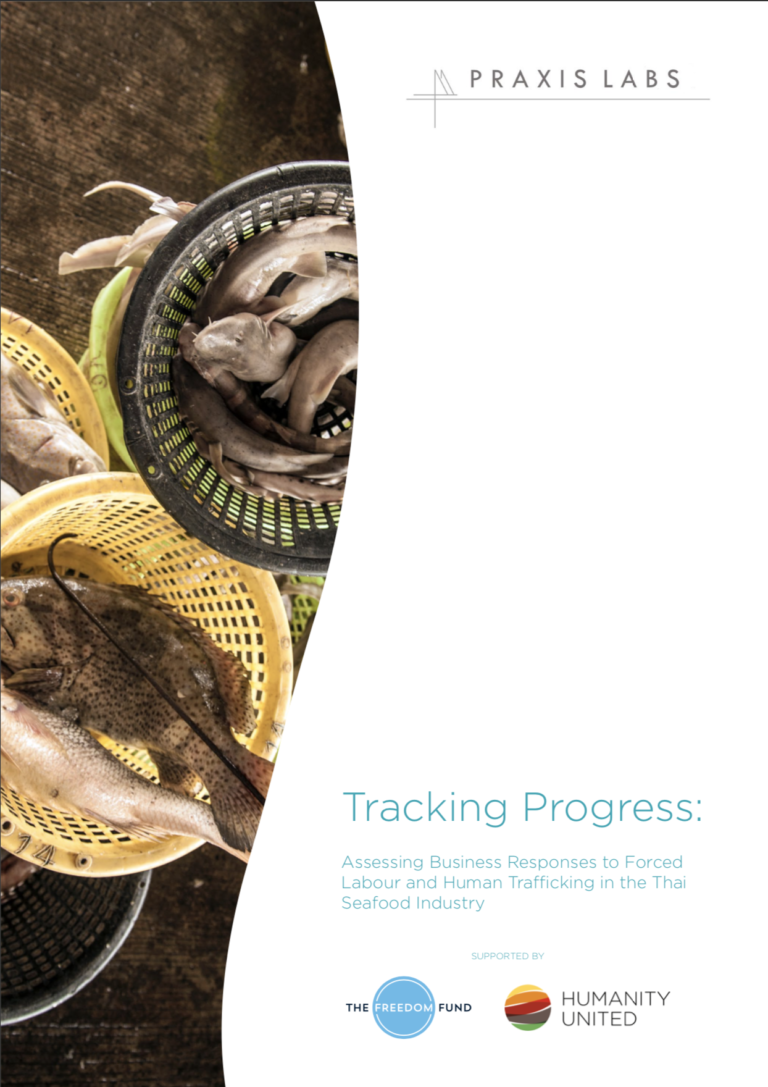 Combating modern slavery experienced by Vietnamese nationals en route to, and within, the UK

Vietnam has consistently featured in official statistics on modern slavery as one of the top three source countries for victims of the crime. Driven by this, the Independent Anti-Slavery Commissioner visited Vietnam in 2015 and subsequently commissi...Read More

A major cause of forced labour in global supply chains is the charging of recruitment fees to migrant workers. Some companies have sought to reimburse workers charged these fees, many face serious challenges in doing so. Reimbursing worker-paid fe...Read More

The Effects of COVID‑19 on Trade and Global Supply Chains

The purpose of this brief is to provide an analysis of the near-term effects of the COVID‑19 pandemic on enterprises and workers engaged in trade and GSC-related activities and to explore the medium and long-term implications of the pandemic on su...Read More