A Path to Freedom and Justice: A new vision for supporting victims of modern slavery

The Centre for Social Justice and Justice & Care, February 2022

Nearly seven years after the Modern Slavery Act was passed, organised crime networks behind modern slavery are continuing to act with impunity costing the UK billions of pounds. In It Still Happens Here, our report published in 2020, we estimated there could be at least 100,000 victims in the UK – 10 times the number referred to the National Referral Mechanism (NRM) for support that year. This is potentially costing this country £32.9 billion a year.

As we set out in our 2020 report, good care for the exploited and abused is not a luxury extra – it unlocks progress against organised crime. Those exploited and abused on British soil, whether UK citizens or foreign nationals, deserve care and a chance to recover. They also often crave justice. Failure to support survivors increases re-trafficking rates and hinders our ability to dismantle the criminal networks responsible because their vital intelligence is lost. 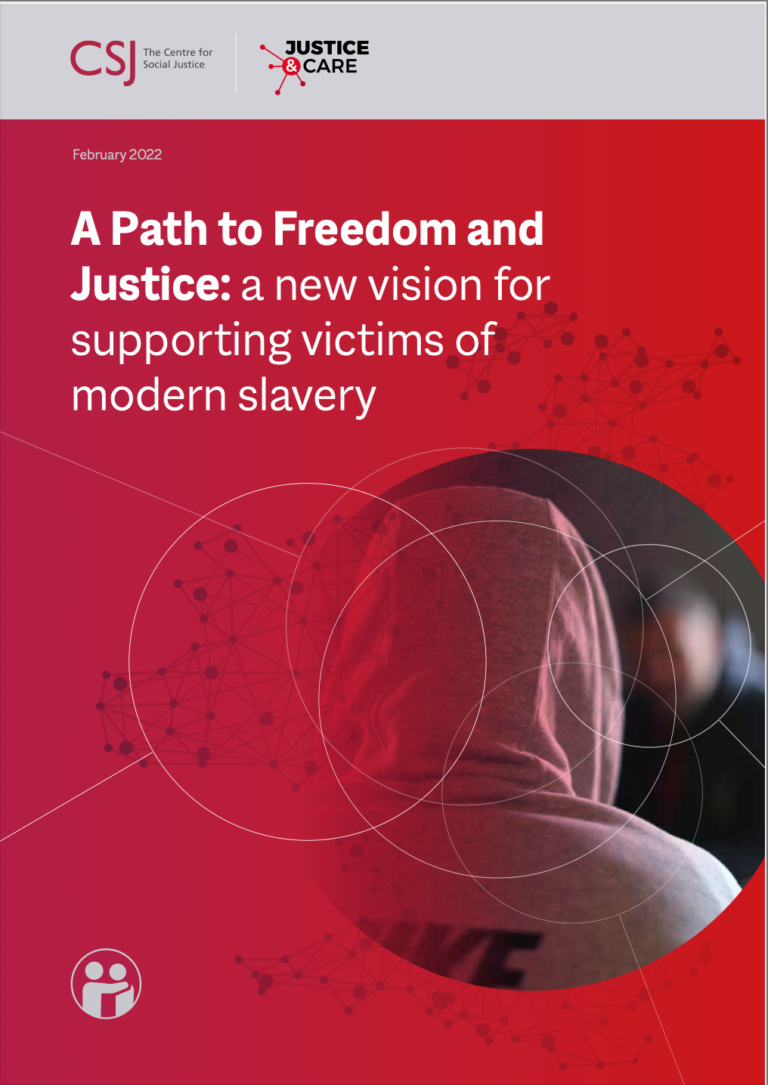 A Path to Freedom and Justice: A new vision for supporting victims of modern slavery - The Centre for Social Justice and Justice & Care, February 2022 DOWNLOAD

Starting from the identification of gaps and barriers in the effective protection of trafficked persons, the guide shares promising existing practices in line with a coherent referral to the most appropriate channel of protection securing their righ...Read More

NetClean develops world-leading technology solutions that protect businesses IT environments against child sexual abuse material, safeguarding against crime in the workplace. The NetClean Report – COVID-19 Impact 2020, is the sixth report from Net...Read More

More and more people are migrating for work each year, making a vital contribution to the societies and economies that host them. Yet researchers continue to document an array of abusive practices that occur systematically in the recruitment of migr...Read More

In today’s globalized economy, the issue of international labor migration in supply chains is one of the most critical – yet largely unexplored – issues for our member companies and all businesses operating globally. Labor migrants now repr...Read More