Abuse by the System: Survivors of Trafficking in Immigration Detention

The Home Office routinely detains people who are subject to immigration control only to release them again back into the community, causing them significant harm in the process. This includes survivors of trafficking and slavery. Survivors are detained either after imprisonment, with many having been wrongly convicted for offences they were forced to commit by their traffickers, and/or because they do not have permission to remain in the UK and have not received the support necessary to enable them to disclose that they have been trafficked. For example, many survivors of trafficking are detained for removal after being picked up during raids on brothels, nail bars and cannabis farms.

It is well recognised, including in the UK Modern Slavery statutory guidance, that survivors can be highly traumatised, and afraid of sharing their experiences of trafficking and exploitation for a multitude of reasons, including but not limited to: shame, fear of stigmatisation, and threats from traffickers who may still be controlling them. Survivors are often fearful of authorities and those authorities frequently fail to identify trafficking indicators, or to act appropriately when such indicators are apparent. Numerous government-commissioned or parliamentary reports and inquiries have already highlighted that the Home Office is failing to identify vulnerable people, or even to release people from detention once identified as vulnerable or trafficked. 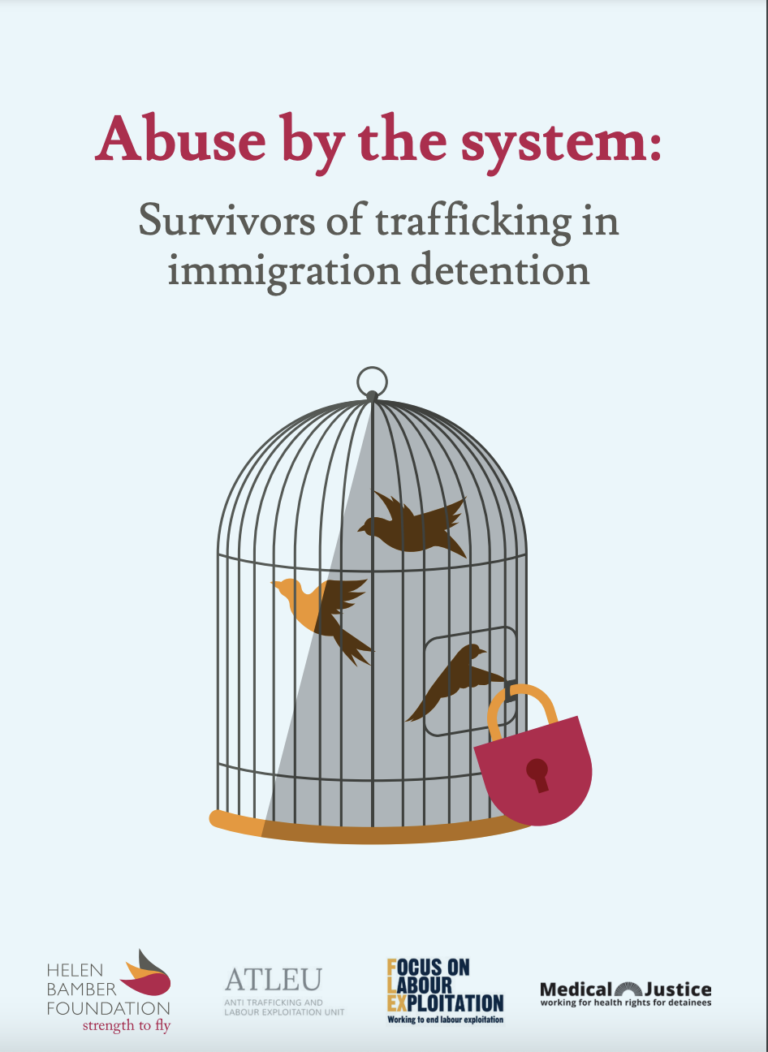 Partnering on Anti-Trafficking: The Key to Successful Corporate Collaboration

To celebrate the launch of the updated Interactive Map for Business of Anti-Human Trafficking Organizations and Initiatives (https://www.modernslaverymap.org/), the webinar will showcase successful anti-trafficking partnerships between business and non-profit organizations or initiatives. This one-hour session will convene businesses, anti-trafficking organizations, experts,...

Lived Realities of Sustained Liberation for Survivors of Trafficking in Addis Ababa, Ethiopia