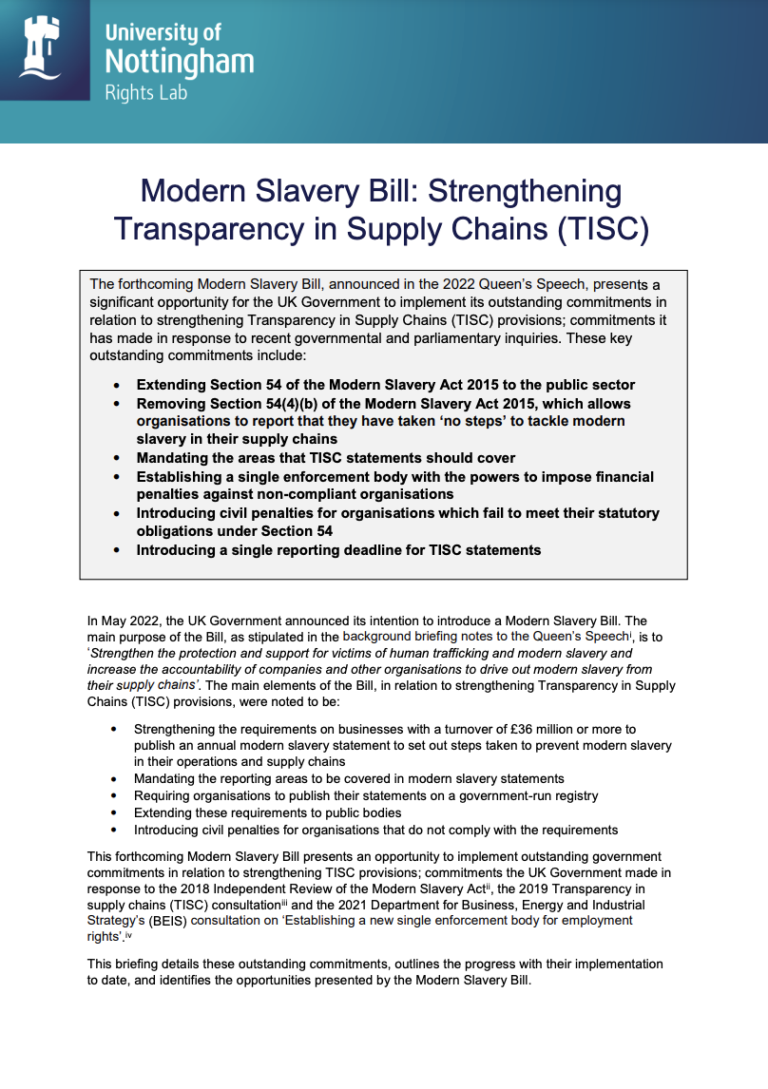 Despite efforts to provide children in conflict with the law quality legal assistance, knowledge of children’s rights and child justice by lawyers can still be improved. The lack of interdisciplinary knowledge is still an important obstacle for la...Read More

The workers of the world face numerous challenges. Many debates around the future of labour, such as the rise of the so called ‘gig economy’, tend to focus on experiences and trends within the Global North. The shortcomings of the present are of...Read More

The purpose of this guide is twofold. The first is to document lessons learned from using Feminist Participatory Action Research (FPAR) to study the experiences and drivers of labour exploitation – and advocate for change – with workers from thr...Read More

What actually works to end modern slavery in the context of markets? In the past decade, we have witnessed a heightened awareness of the risk of modern slavery occurring within global supply chains, with a corresponding increase in regulation, fundi...Read More