In December 2020, the Lebanese Parliament passed the landmark Law 205 against sexual harassment that could see perpetrators spend up to four years in prison and pay fines up to fifty times the minimum wage. The law additionally affords protection to both the victims and any witnesses who testify against the accused. While the law was applauded as a step forward for sexual harassment victims, it excludes an important faction of the community – migrant domestic workers. The law falls short of international standards by addressing sexual harassment solely as a crime and neglecting to complement this law with labor law reforms, monitoring, and civil remedies. This research focuses on the various forms of sexual violence either protected or enabled under the Kafala system. It aims to depict the incessant violations this type of system has produced. This large-scale research with interviews of almost a thousand migrant domestic workers in Lebanon serves as an unprecedented, direct look into the intimate experiences of these women, and serves as an output that demystifies sexual harassment both inside and outside professional settings. 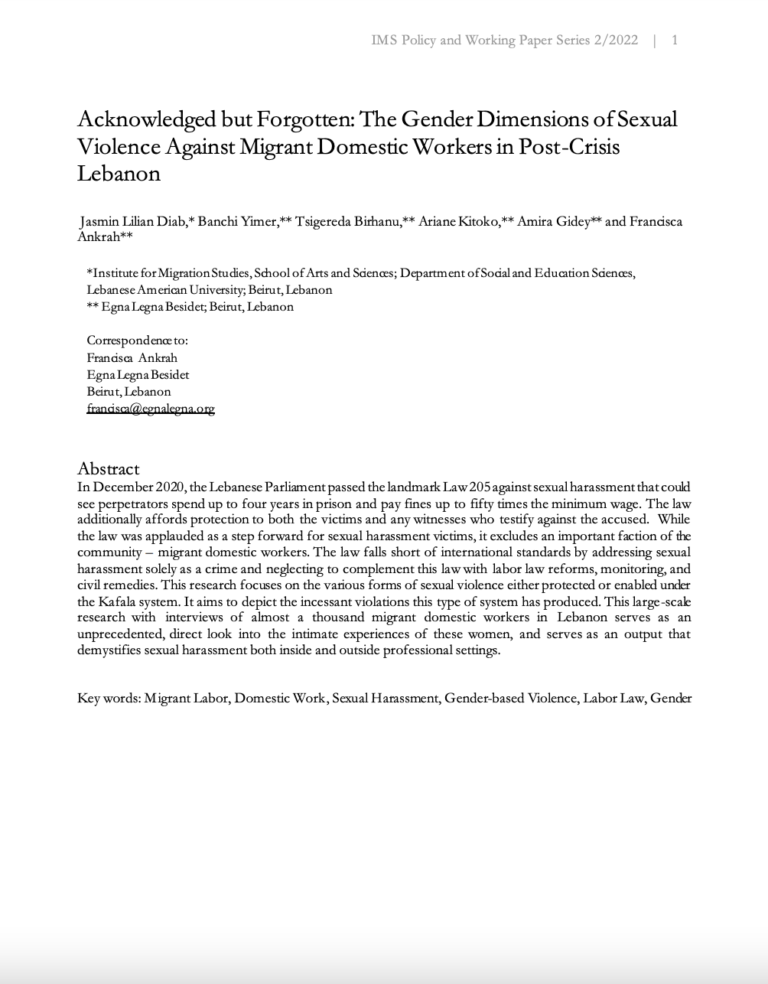 This briefing paper by Liberty Shared sets out recent improvements to the transparency of supply chains and analysis techniques and resources being increasingly applied by civil society to identify where exploitative activities exist in a supply chai...Read More

Since 2019, Tech Against Trafficking has helped advance and scale the work of anti-trafficking organizations with promising technology solutions through its flagship Accelerator Program. To celebrate the close of our second Accelerator, we are hosting a 2-hour virtual event where...

Written by Robert Moossy, J.D. This paper outlines the key steps in the identification of potential victims of sex trafficking, along with the steps to be taken in the process of investigating cases of sex trafficking. ...Read More