Beyond Compliance in the Hotel Sector: A Review of UK Modern Slavery Act Statements

There is a highrisk of exploitation within the hotel sector due to its vulnerable workforce, complex supply chains with little transparency, and limited oversight from brands and multinational hotel companies as a result of extensive franchising. In the franchising model, hotel brands lend their name and customer care standards to third parties, but usually stipulate far less about the standards they expect for the employment of workers, even in countries where abuse is endemic.

To assess how the hotel sector is responding to these risks, this report reviews the statements produced by 71 hotel companies under the UK Modern Slavery Act, which requires companies with a turnover of £36 million to release annual statements on their anti- slavery efforts. We looked at whether the statements meet the Act’s minimum requirements, but also if they go “beyond compliance” with effective responses to modern slavery risks — including sexual exploitation, forced labour, and the poor treatment of migrant workers.

This report finds that reporting by hotels demonstrates they are failing to address the risks of modern slavery in their direct operations and supply chains. Four years into the Act, we would expect that hotels, operating in a high-risk sector, would produce more detailed disclosure and demonstrate a much better understanding of the well-publicised risks in the sector. However, the findings show a disappointing lack of effort to protect against labour and sexual exploitation. Tellingly, only a small number of companies explicitly state the Act has resulted in activities to combat modern slavery.

These failures can be explained by a lack of commitment by hotel companies to prioritise the elimination of modern slavery, and the weakness of the legislation to change corporate behaviour and hold laggard companies to account. 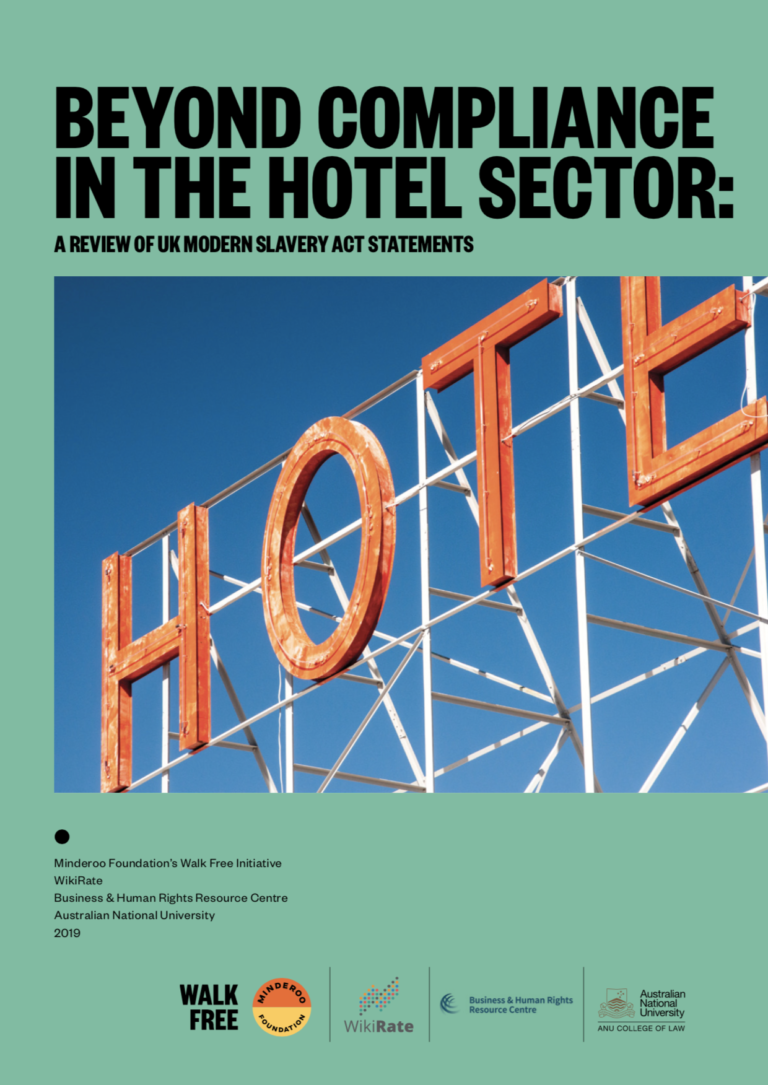 Beyond Compliance in the Hotel Sector: A Review of UK Modern Slavery Act Statements DOWNLOAD

“The Public-Private Partnership in the Fight Against Human Trafficking” Conference

Organized by the OSCE Office of the Special Representative and Co-ordinator for Combating Trafficking in Human Beings (OSR/CTHB), in co-operation with the Ministry of Foreign Affairs of the Russian Federation, the Conference on “Public-Private Partnership in the Fight Against Human...

Written by Hinrich Voss. The COVID-19 pandemic has revealed vulnerabilities and fragilities in global value chains. The worldwide economic lockdowns to contain COVID-19 have led in some industries to unilateral cancellations and suspensions of or...Read More