India remains a major hotspot for commercial sexual exploitation of children (CSEC), a crime that is becoming increasingly hidden. Prevalence data is challenging to obtain and estimates are speculative; several entities have sized the population of victims in India between 300,000 to 600,000, which is more than anywhere else in the world.

GFEMS has commissioned a two-part study to measure and track deterrence among CSEC stakeholders in Maharashtra. The study has been operationalized in areas of intervention where two prominent antitrafficking organizations have been administering rule of law activities. 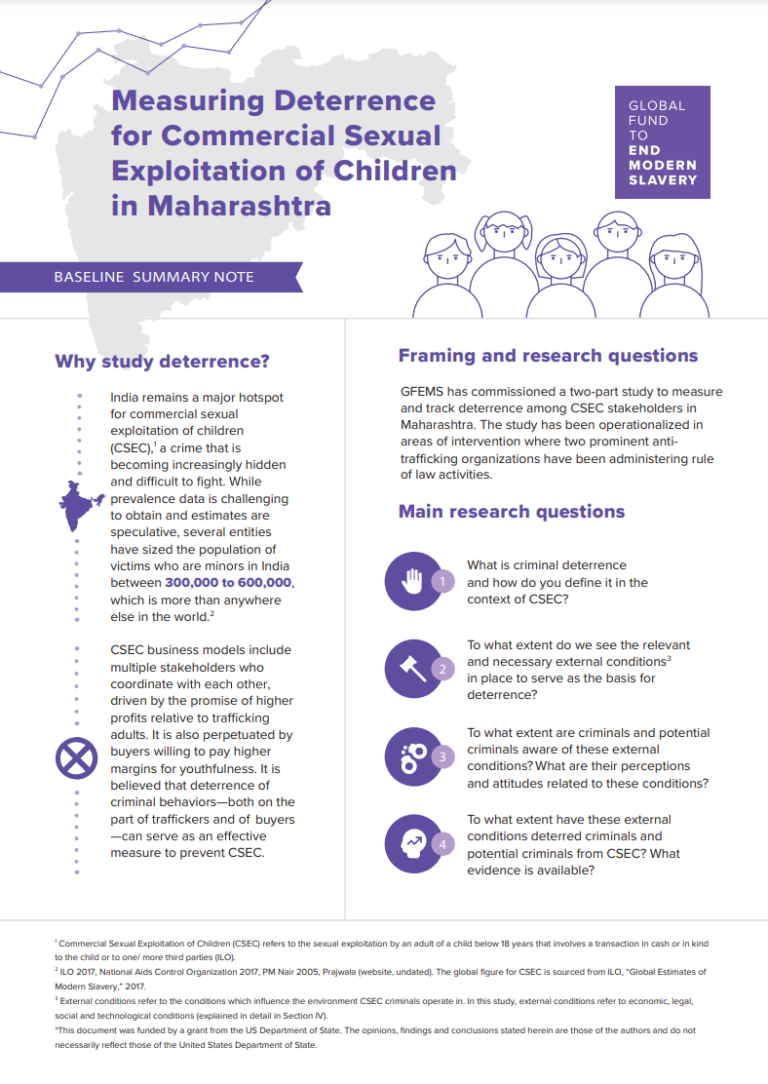 The Global Business of Forced Labour: Report of Findings

This report presents the findings from the Global Business of Forced Labour project. The project investigates the business models of forced labour in global agricultural supply chains. Over two years the project systematically mapped the business ...Read More

Point of No Returns Part II – Human Rights: An assessment of asset managers’ approaches to human and labour rights

The number of modern slavery victims in global supply chains today is believed to stand at around 16 million, roughly the same number of enslaved people as during the transatlantic slave trade in the 18th century. While this statistic alone is sugge...Read More

Twenty Years After the Passage of the Palermo Protocol: Identifying Common Flaws in Defining Trafficking through the First Global Study of Domestic Anti-Trafficking Laws