2017 Findings on the Worst Forms of Child Labor

The Findings on the Worst Forms of Child Labor, mandated by the Trade and Development Act of 2000, is the most comprehensive research product on the state of child labour worldwide. This year, the report uses more stringent criteria to assess the efforts of 132 countries and territories to address child labour. Only 14 countries – including Colombia, Paraguay, and India – met the new criteria for “Significant Advancement,” which this year requires specific legal and policy labour standards to be met.

Nearly two-thirds of the more than 1,700 suggested actions in this year’s findings report relate to the need to strengthen laws or improve the enforcement of such laws – highlighting the substantial gaps that remain worldwide. Similarly, the list identifies efforts made in select countries such as Paraguay, Brazil, and Uzbekistan, among others, to combat child labour and forced labour, and offers recommendations to countries seeking to end such practices. 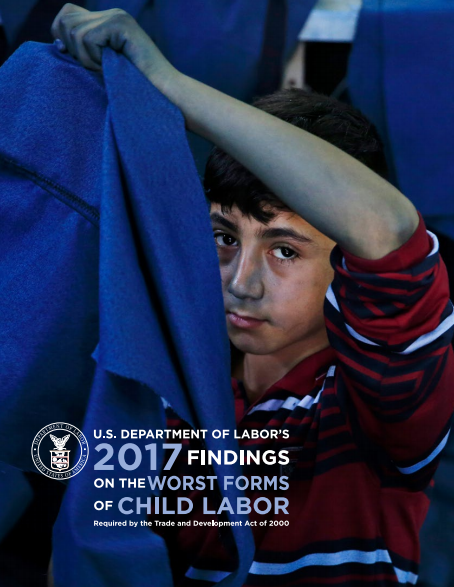 2016 Findings on the Worst Forms of Child Labor

The U.S. Department of Labor (USDOL) has prepared this 16th annual report on 2016 Findings on the Worst Forms of Child Labor in accordance with the Trade and Development Act of 2000 (TDA). This report focuses on the worst forms...

The decreasing cost of Information and Communications Technologies (ICTs) and increasing mainstreaming of new technologies have resulted in wider application of digital tools to address global problems such as human trafficking and forced labour. Th...Read More