Communication from the Commission to the European Parliament, The Council, and The European Economic and Social Committee: On decent work worldwide for a global just transition and a sustainable recovery

According to the latest global estimates, 160 million children worldwide are in child labour. That is one in ten children in the world, and their number is growing. Nearly half of these children are performing hazardous work. At the same time, 25 million people worldwide were in a situation of forced labour. These figures act as a stark reminder that decent work is still not a reality for hundreds of millions of people worldwide, despite a clear commitment by the international community in the United Nations Sustainable Development Goals.

In parallel, global megatrends are rapidly transforming the world of work. Technological advances, the environmental and climate crisis, demographic change and globalisation are drivers of this development. These transformations have the potential to generate economic growth and create new job opportunities, but in some instances they can also contribute to a lowering of labour standards.

Promoting decent work is increasingly coming into focus in the international context, particularly through the work of the International Labour Organization (ILO), the United Nations (UN) and the Organisation for Economic Co-operation and Development (OECD), but also within the G7 and G20 groups of nations. International commitments and guidance reflect rising concerns that globalisation is not always happening in a sustainable manner and address the role of business corporations in this regard. 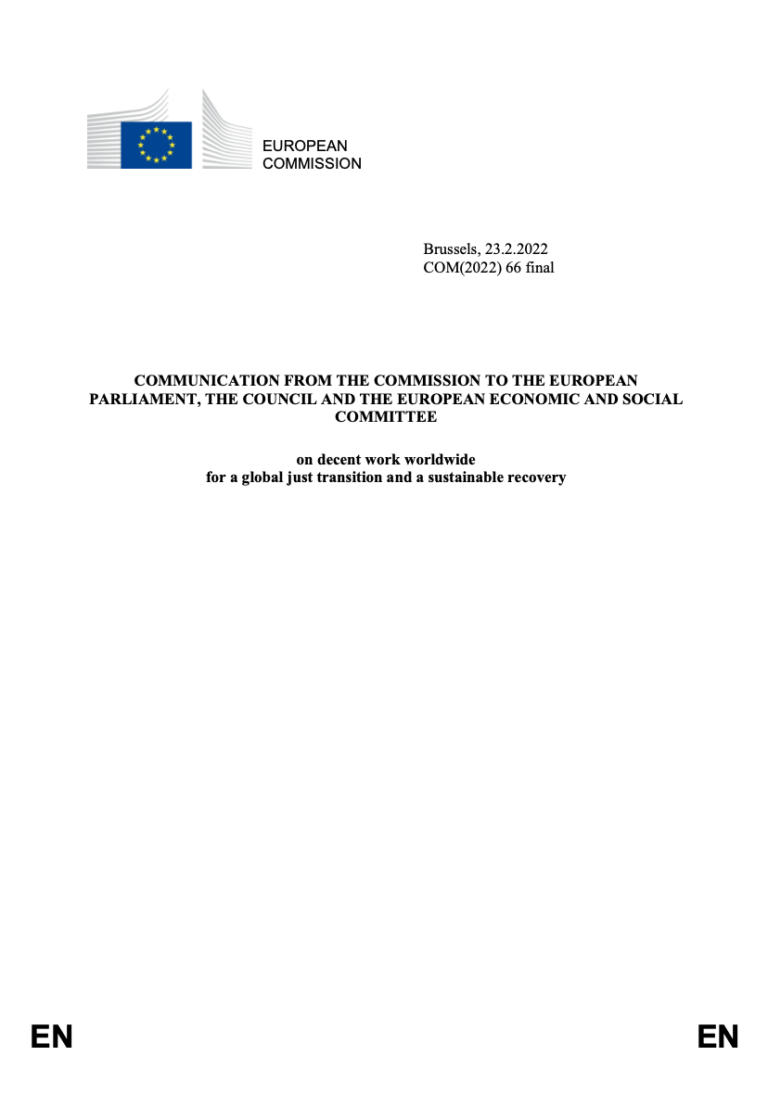 Guidelines for Businesses and Employers for Risk Management in Subcontracting Chains

The purpose of this guide is to give companies a brief overview on the risks of labour exploitation and demonstrate how the involvement in such scenarios can be avoided. The content is intended to be used as an information and risk management tool, ...Read More

Combatting Human Trafficking: What Do We Know about What Works?

Evaluations of programmes designed to combathuman trafficking and modern slavery identifysome aspects of ‘What Works;’ however, theirsuccess to date have been limited. Amendmentsto funding mechanisms, notably longer timelines,would improve the e...Read More

The MNE Declaration is the only ILO instrument that provides direct guidance to enterprises on social policy and inclusive, responsible and sustainable workplace practices. It is the only global instrument in this area that was elaborated and adopte...Read More

Findings from this research expand current knowledge about the various reasons why trafficking and exploitation persist in the Thai fishing industry, despite various state and corporate actions to prevent and address it. The main recommendation...Read More