There are an estimated 232 million international migrants around the world today and over 90 percent of these are workers and their families. International labour migration is a defining feature of the global economy. Nearly every nation around the world is impacted as a country of origin, transit or destination. Migrant workers often make important contributions to the global and local economies in which they work, the societies in which they live, and the communities from which they migrate. Nevertheless, these same workers often face numerous hardships and are among the most vulnerable in the global economy.

In the labour market, workers on the move can face job discrimination, unfair treatment, unequal wages and restrictions on their fundamental rights and freedoms. In the worst cases, the pressures they face, such as unfair recruitment and hiring practices, poor employment and working conditions and restrictive legal and regulatory environments, can leave them highly vulnerable to exploitation. For many, the debt burden they carry from excessive recruitment fees and migration costs exacerbates this vulnerability and can lead to debt bondage and forced labour.

Business actors around the world and across economic sectors, including the recruitment industry itself, have an essential role to play in addressing this risk of labour exploitation and promoting fair recruitment and hiring in their own operations and in supply chains. 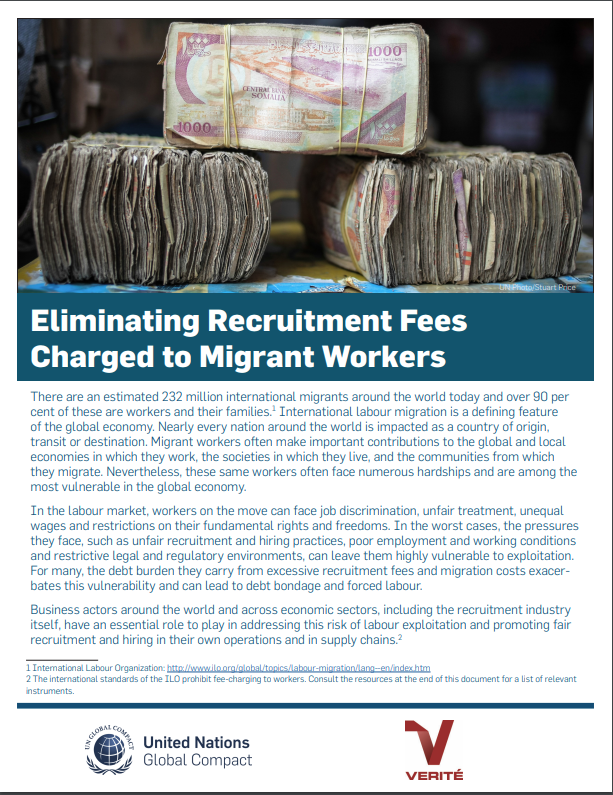 Prepared by Sanjeev Dasgupta and Ana Maria Soto, Issara Institute. According to the 2017 Global Estimates of Modern Slavery, there are about 40 million people living in modern slavery situations worldwide. The Asia-Pacific region has the highest...Read More

Labour Risks in the Thai and Indonesian Fishing Industries: A Practical Guide for Responsible Sourcing

Our Help Wanted Primer articulates the risk to multinational companies of forced labour and resulting debt-bondage caused by labour recruitment, and identifies the places within a company’s sourcing practices where recruiters present a reputational...Read More