Garment workers, mostly women, earn some of the lowest wages in the world while making clothes for some of the biggest fashion brands. Romania has about 300,000 oficial garment workers, who usually earn a minimum wage of about 230 EUR after tax. Workers we spoke to said they need their wages to triple to have a decent life.

While many assume that women’s salaries are just a small part of the familly income, in reality many of these workers support entire families from their wages alone. So far, no one has photographed what life entails for women workers who are main breadwinners in their family.

They are often afraid to be photographed to avoid losing their jobs. Clean Clothes Campaign decided to tell their stories with the help of their unemployed husbands. 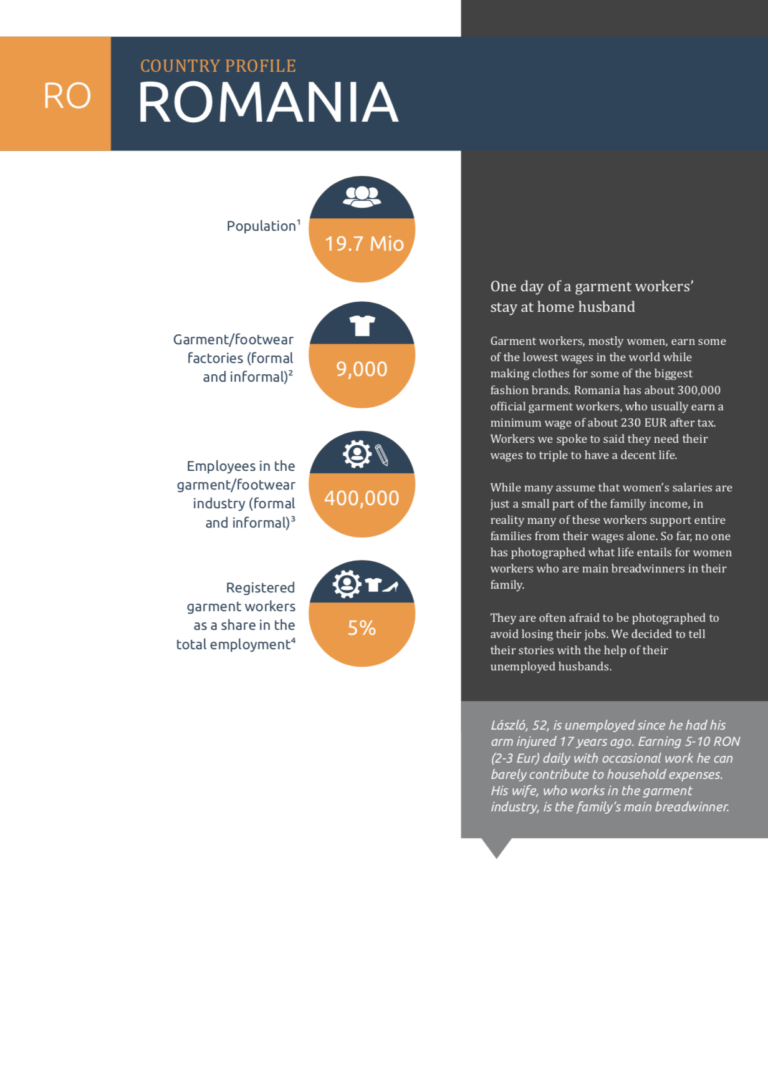 Backpage.com is a classified advertising website which is frequently used by potential traffickers to post advertisements for commercial sex with potential victims of trafficking. The National Human Trafficking Hotline has received a number of repor...Read More

This Special Issue of the Anti-Trafficking Review reflects the growing unease and disagreements among anti-trafficking practitioners and scholars about the current state of public awareness and perceptions of human trafficking: how and by ...Read More

This report draws on interviews and surveys with migrant construction workers in London to examine the causes of labour abuses that can lead to exploitation in the construction sector. The report calls for urgent action by the Government, the Dire...Read More

The UK seeks to be a leader in the fight against modern slavery. The present border system is demonstrably not good enough at preventing traffickers getting through and safeguarding victims. Meanwhile, without a new determination for action, convict...Read More