This project sought to set out the determinants of anti-trafficking efforts, understood as factors shaping governments’ anti-trafficking efforts and influencing compliance with – and implementation of – international standards. It sought to do so through a review of available literature and data, a series of over 50 semi-structured interviews with stakeholders at the international and regional level, a global survey with some 200 responses, and 14 country case studies. This report presents the main findings of the research in the form of analysis of specific determinants: how they are understood, manifest, and interact across the various countries considered in this project. Before that specific analysis, it is however worth considering some of the overarching issues that have been identified, particularly about the way in which determinants are inter-connected, inter-dependent, and non-linear.

The impact of determinants cuts across a range of responses. They may influence whether trafficking is acknowledged as a problem, prioritised as a policy concern, and/or responded to. They influence whether trafficking efforts against specific forms of exploitation are prioritised over others. Determinants will also impact the frame through which trafficking is addressed, the allocation of resources, and the way in which efforts are implemented, monitored, and evaluated. Different determinants are likely to result in different modes of responses, from more formalistic responses (involving the mere adoption of laws and policies) to more substantive, practice-focused approaches (such as those involving the resourcing and training of anti-trafficking stakeholders, including specialised anti-trafficking bodies). One may well lead to the other – the adoption of a formal policy can result in significant practical improvements, assuming that it is accompanied by adequate resources and that the political will for its implementation is sustained. 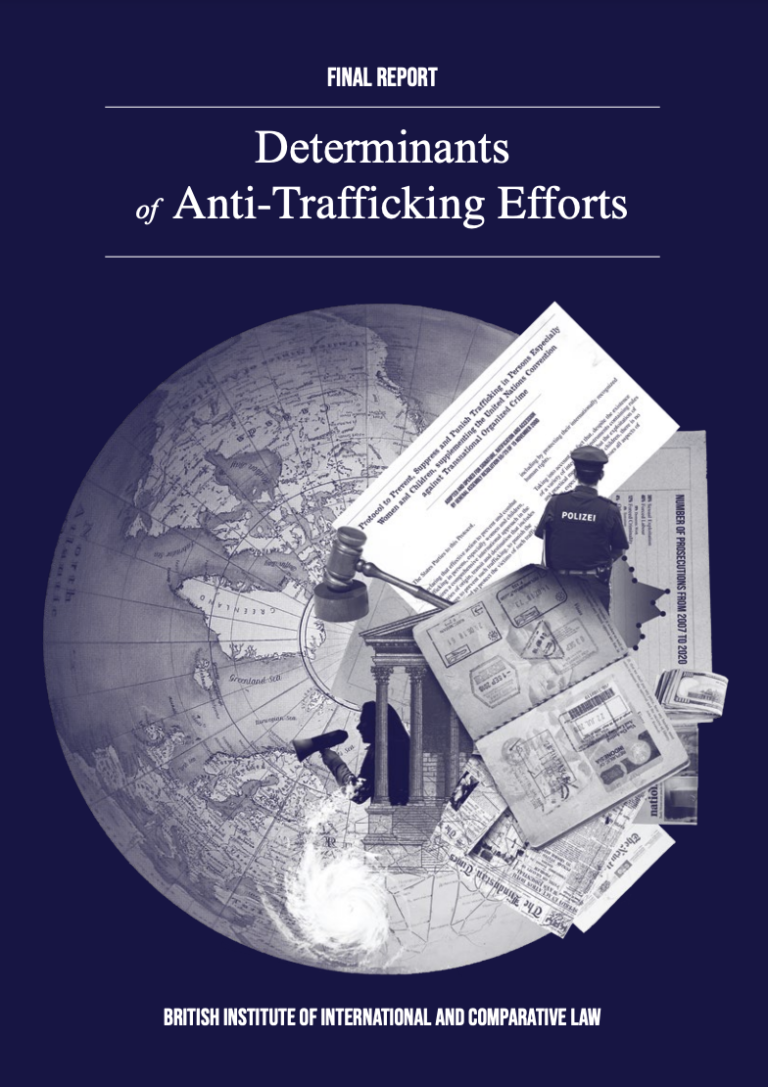 Support and Access to Justice for Adult Victims of Modern Slavery

The purpose of this research is to highlight gaps in modern slavery victim support and access to justice for adults. First by developing a structured understanding on existing policies and legislation. Then, taking Hertfordshire as an example, under...Read More

Study on Prevention Initiatives on Trafficking in Human Beings

The study examined 43 prevention initiatives, of which a share of 40% concerned actions in Romania, Bulgaria and Hungary. The vast majority of the (cca 85 %) in the given sample targeted information and awareness-raising measures, followed by capaci...Read More

Golden Dreams is a Burmese-language smartphone app targeting current and prospective migrant workers. It is a platform for learning and exchanging information, reviews, ratings, comments, and advice about employers, recruiters, and service providers...Read More

The following information is based on incoming communication with the National Human Trafficking Hotline from January 1, 2016 – December 31, 2016 about human trafficking cases and issues related to human trafficking in Nevada.  ...Read More