The Reality of Corporate Social Responsibility: Case Studies on the Impact of CSR on Workers in China, South Korea, India and Indonesia

Asia Monitor Resource Centre (AMRC) has been working to understand and deal with the unprecedented impacts of Corporate Social Responsibility (CSR) on the working population. In the past few years, AMRC developed a core position paper on the CSR that highlighted the magnitude of the problem and critically analysed its implications for the labour movement, besides its undemocratic nature. The position paper was shared in a regional consultation meeting in May 2010 engaging critical CSR practitioners, which resulted in the circulation of a joint position statement on CSR, followed up by a collaborative research that resulted in publication of these research papers.

It is true that more and more labour organisations and activists in the region have been attracted to CSR and the code-based strategy, almost as if they provide an alternative to labour unions and other forms of organising labour. Against this tendency, we believe that assisting workers to organise in workplaces largely managed by Asian TNCs is the sustainable way to improve labour conditions in the region, rather than being entrapped in CSR activities which in many cases has forced the unions and workers to put their energy and time in pressuring brandnames to implement codes in supplying factories. This publication is one of our efforts to get CSR unmasked and to help workers organise without harming their autonomy. 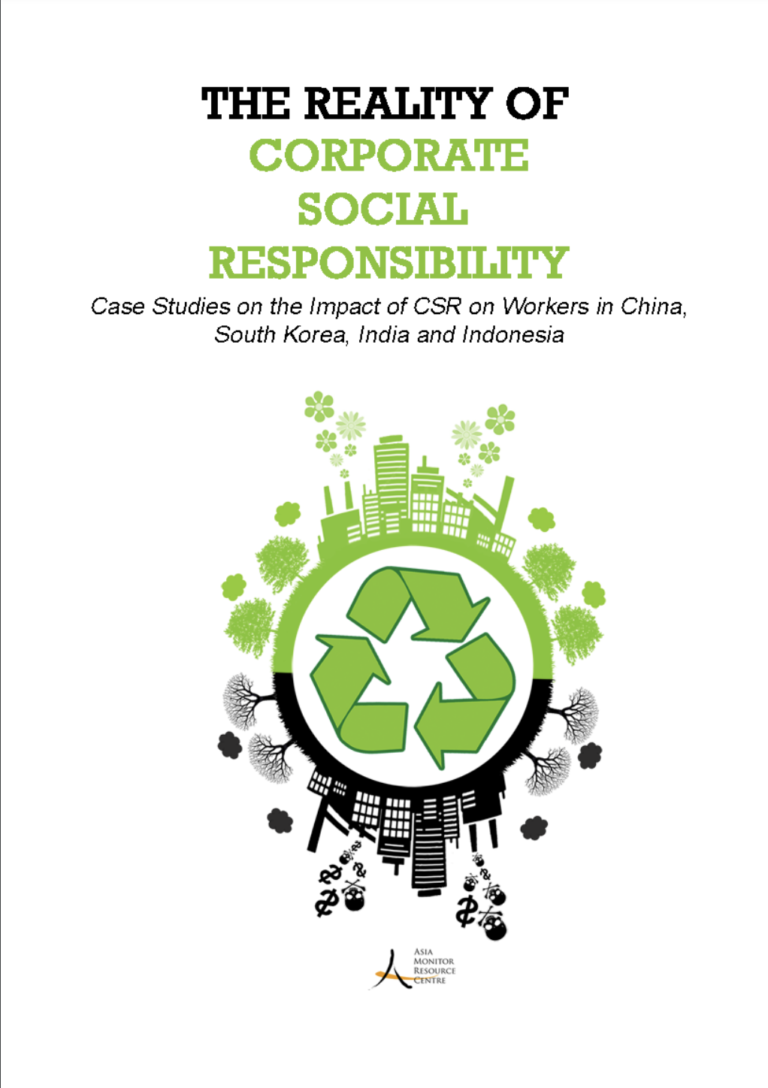 Seabound: The Journey to Modern Slavery on the High Seas

For several years now, international media has shone a spotlight on the inhumane working conditions of migrant fishers from Southeast Asia. The vessels they work on reportedly use destructive, illegal, and unreported methods, which take a heavy toll...Read More