En route to the United Kingdom: A field survey of Vietnamese migrants

The objective of this study is to better understand the problems related to vietnamese migration to the united Kingdom. In September 2009, Vietnamese migrants received very low-key coverage on the French media scene when their camp in Angres, 100 km from the coast, was closed. It emerged that they wanted to get to the united Kingdom, considered to be an El Dorado. On the other side of the English Channel, the British authorities were concerned at the increasing number of these illegal migrants, in particular minors, being exploited in cannabis factories. In recent years, the Vietnamese were one of the top three nationalities referred to the NRM (National Referral Mechanism), a system put in place by the British government to identify victims of human trafficking and modern slavery. Their numbers tripled between 2012 and 2015 (135 to 478). In 2015, the Vietnamese were in second position after the Albanians. When France terre d’asile became aware of this problem, it decided to commission a sociological survey of this group of Vietnamese migrants in transit on the French coastline of the Channel in order to improve the support offered to them.

A multi-site field survey was conducted between July and November 2016. The research team met some of the migrants and talked with the organisations that are in contact with them. The survey started in Paris, which is a temporary destination for migrants before moving on to the United Kingdom. It was continued in London and Birmingham, where the majority of the Vietnamese community in the united Kingdom is concentrated; in Calais, which is the central hub of the migrants’ passage, and where most of the Vietnamese migrants arrested by the police are placed in the immigrant detention centre (CRA) of Coquelles; in Grande-Synthe, near Dunkirk, where the new camp of La Linière, opened in March 2016, houses a small group of Vietnamese migrants; and finally in “Vietnam City”, a camp in a wood in Angres, close to a rest area of the A26 motorway, which the majority of the Vietnamese migrants pass through, hiding in lorries, to get to the United Kingdom. 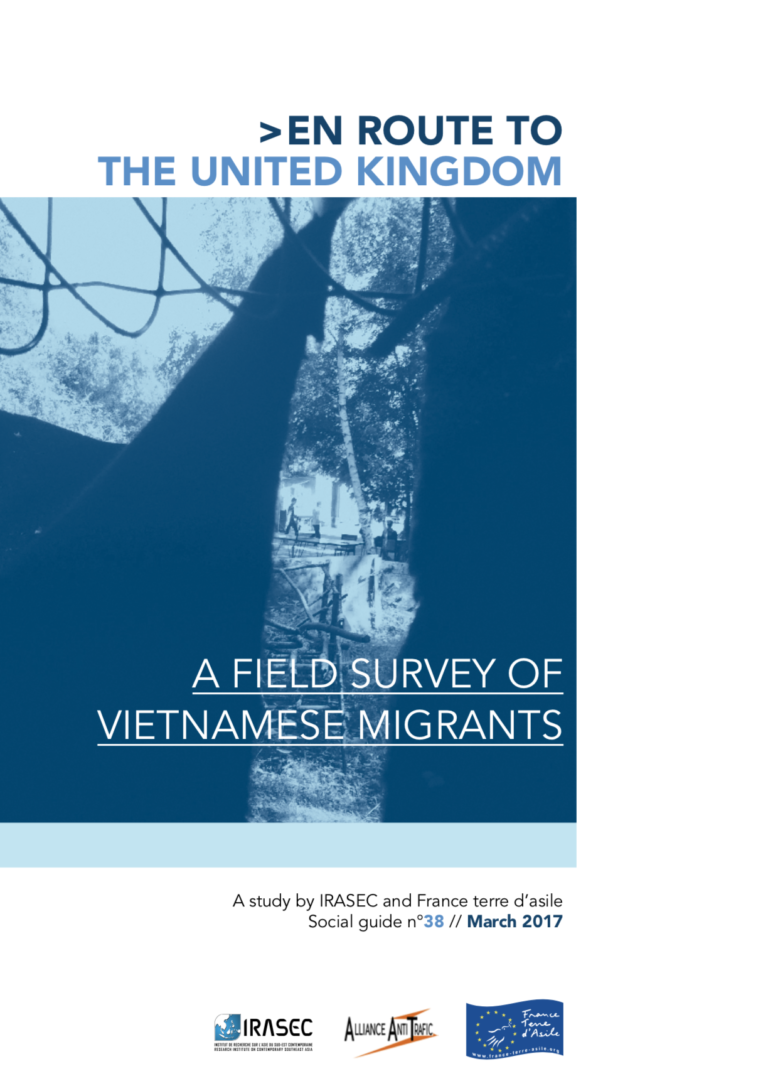 En route to the United Kingdom: A field survey of Vietnamese migrants DOWNLOAD

Human trafficking is the crime of using force or fraud for the purpose of compelled labor or a commercial sex act. The United States considers “trafficking in persons,” “human trafficking,” and “modern slavery” to be interchangeable umbr...Read More

FTSE 100: At the Starting Line – An analysis of company statements under the UK Modern Slavery Act

Analysis shows only a handful of company statements are meeting the Act’s requirements, majority lack adequate information. The FTSE 100 companies who have reported under the Modern Slavery Act so far were scored by the Business & Human Righ...Read More

Are you Complying with the EU Sustainability-related Disclosures Regulation?

The legal landscape for financial market participants (FMPs) regarding sustainability and human rights has drastically changed and more regulation is on its way, both at the EU and AT national levels. This briefing paper is meant to give a short ove...Read More