Although the government of Uzbekistan has made progress on ending child and adult forced labour in the cotton fields after more than a decade of international pressure, a new report finds that forced labour remains rampant in other arenas of Uzbek life, affecting public-sector workers in particular.

This report is based on 62 in-depth interviews and approximately 200 brief interviews with education and medical professionals, other public-sector employees, farmers and schoolchildren conducted by UGF monitors between May 15 and July 15, 2018, and supplemented with media reports. The in-depth interviews were conducted with 34 men and 25 women between the ages of 21 and 58, and three children, ages 13 and 14. The brief interviews included 50 public-sector employees, 30 of whom work in education. The remaining 20 public-sector employees included nine medical workers, eight employees of state agencies, two state bank employees and one state factory worker. UGF monitors also interviewed three children, seven farmers, one market employee and one inmate of a low-security prison colony where prisoners work outside the facility. 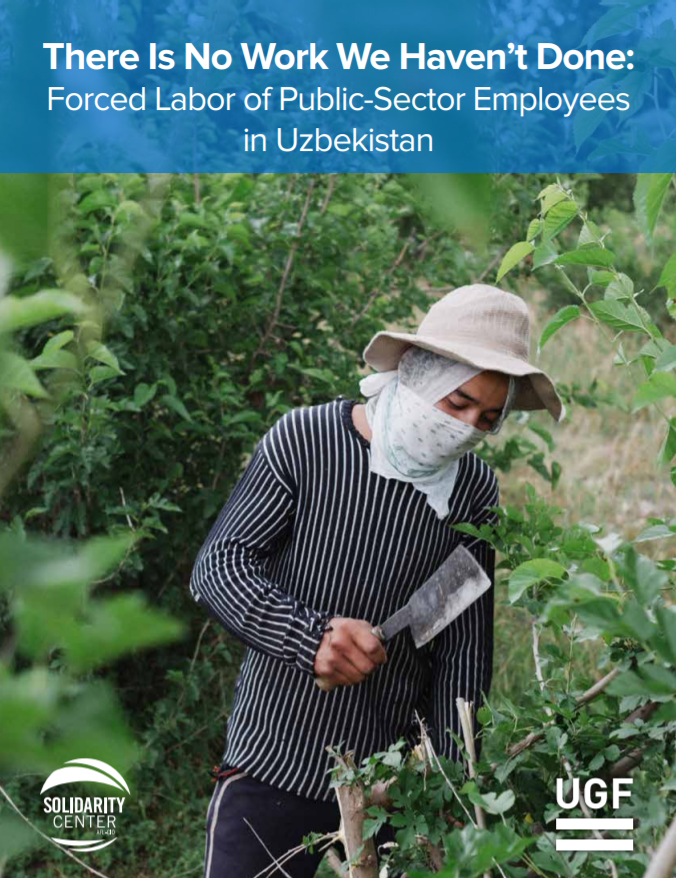 The Royal Thai Government’s Social Security Office (SSO) has closely coordinated with employers throughout Thailand to survey and register sites and workers for COVID-19 vaccines. There are plans to offer AstraZeneca or Sinovac vaccines to migrant...Read More

The vast majority of deforestation and illegal logging takes place in the tropical forests of the Amazon basin, Central Africa and Southeast Asia. Recent studies into the extent of illegal log- ging estimate that illegal logging accounts for 50–90...Read More

This report is one of a series of case studies to supplement the global campaign report, Ripe for Change, drawing attention to the plight of specific groups of small-scale farmers or workers in international food value chains and/or promoting succes...Read More