Quality education and training lays the foundation for the economic and social development not only of individuals but of society as a whole. Yet, many lack opportunities to acquire relevant knowledge and skills that would allow them to earn a decent living and find their place in society – in particular during times of global health crises. People may be excluded from accessing and participating in lifelong learning and skills development for a wide range of reasons, including structural, individual and community factors. This leaves them vulnerable in the labour market to many forms of exploitation that still prevail today

According to the latest ILO’s global estimates, 24.9 million people were victims of forced labour in 2016. In other words, on any given day there were likely to be around 25 million men, women and children
working in situations of severe exploitation that they could not refuse or leave because of threats, violence, coercion, deception, or abuse of power. Social and economic marginalization, lack of education and low skills levels, along with impunity and permissive environments, all form part of an integrated understanding of how and why forced labour takes place.

In the global fight against forced labour, the ILO’s Protocol of 2014 to the Forced Labour Convention No. 29, 1930, along with the Forced Labour (Supplementary Measures) Recommendation, 2014 (No.203) have placed a new emphasis on addressing the root causes of forced labour and on ensuring the full respect of all offended persons, irrespective of their legal status in the national territory. Notably, they draw attention to the importance of educating and informing vulnerable groups to prevent forced labour and providing long-term economic reintegration support for victims, including through skills development. The ILO Centenary Declaration on the Future of Work of 2019 highlights the need for concerted efforts to promote the acquisition of skills, competencies and qualifications for all workers throughout their working lives. In the light of these two strategic objectives, the ILO has commissioned the development of two sets of guidelines, which aim to raise knowledge on how national skills development systems, institutions and actors, in coordination with workers’ and employers’ organizations, can contribute to the global fight against forced labour. The first guidelines focus on approaches to prevention, the second on reintegration of victims through lifelong learning and skills development. These publications are outputs of the SKILL-UP Programme, funded by the Norwegian Ministry of Foreign Affairs.

The present Global guidelines on the prevention of forced labour through lifelong learning and skills development approaches describe the contribution of skills training to prevent forced labour, and are designed as a practical resource for policy makers, programme managers and educators in both formal and non-formal training contexts. Based on extensive research, they draw from a wide range of case studies and good practices identified at local and national level to offer evidence-based recommendations on how skills development systems may fulfill their role in reducing vulnerability to forced labour. They provide a rich selection of educational activities, resources and references to help educators raise awareness about forced labour, address risks, and play an active role in combating forced labour wherever they teach and train people. 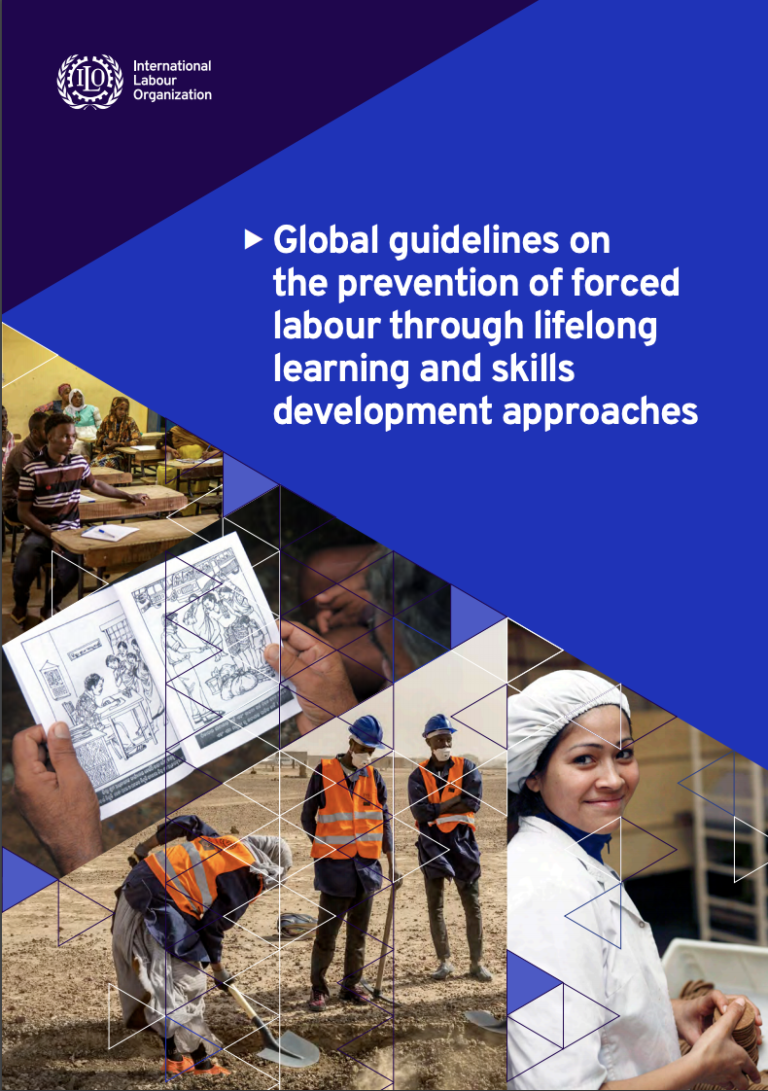 The Code contains general requirements applicable to all suppliers to Zain Group, its operating companies, other subsidiaries and divisions (‘Zain’). Suppliers are defined as all those businesses that sell products and/or services to Zain, incl...Read More

Strengthening protections against trafficking in persons in federal and corporate supply chains: Research on risk in 43 commodities worldwide

More than twenty million men, women and children around the world are currently believed to be victims of human trafficking, a global criminal industry estimated to be worth $150.2 billion annually. As defined in the US Department of State’s ...Read More

This second edition of Supply Chain Sustainability: A Practical Guide to Continuous Improvement is aimed at reflecting the new and emerging trends in this area since its original launch in 2010 as well as ensuring the inclusion of and alignment with ...Read More

Assessing Labor Risk for Workers Migrating from the Philippines to Europe

The goal of this report is to provide comprehensive information on key labour risks for workers migrating from the Philippines to Europe, with an emphasis on risks that arise from the recruitment and hiring process, in order to inform effective stak...Read More