Global Report on Trafficking in Persons 2020

Advances in technology and the COVID-19 crisis have made millions more people vulnerable to trafficking, says UNODC

Traffickers have integrated technology into their business models at every stage of the process, from recruiting to exploiting victims, according to the UNODC’s 2020 Global Report on Trafficking in Persons, which launched today. The report is produced by UNODC every two years, and the 2020 edition includes information from the world’s largest database on trafficking victims, with figures compiled from official sources across 148 countries.

The data in the report is from 2018, before the pandemic, and therefore does not reflect the changes that have occurred over the past year. However, UNODC notes in its news release that the economic fallout from COVID-19 has left millions more people vulnerable to trafficking.

Technology has allowed traffickers to extend their activities to most corners of the world. Many children are approached by traffickers on social media and their search for acceptance, attention or friendship makes them easy targets. UNODC has identified two types of strategy: ‘hunting’, involving a trafficker actively pursuing a victim, typically on social media; and ‘fishing’, where perpetrators post job advertisements and wait for potential victims to respond. The internet allows traffickers to live-stream the exploitation of their victims, enabling the simultaneous abuse of one victim by many consumers around the globe.

The number of victims detected has increased over the past 15 years and their profiles have changed. The proportion of adult women among identified victims fell from more than 70 per cent to less than 50 per cent in 2018. In the same period, the proportion of adult men has nearly doubled, from around 10 per cent to 20 per cent in 2018. The number of children among detected trafficking victims has tripled in the past 15 years, while the proportion of boys has increased fivefold. Girls are mainly trafficked for sexual exploitation, while boys are used for forced labour.

The number of detected victims trafficked for forced labour has steadily increased for more than a decade. Victims are exploited across a wide range of economic sectors, particularly those in which work is undertaken in isolated circumstances, such as agriculture, construction, fishing, mining, and domestic work. Globally, most of those prosecuted and convicted of trafficking in persons continue to be male – around 64 and 62 per cent respectively. Offenders range from members of organized crime groups, which traffic the great majority of victims, to individuals operating on their own or in small groups on an opportunistic basis. 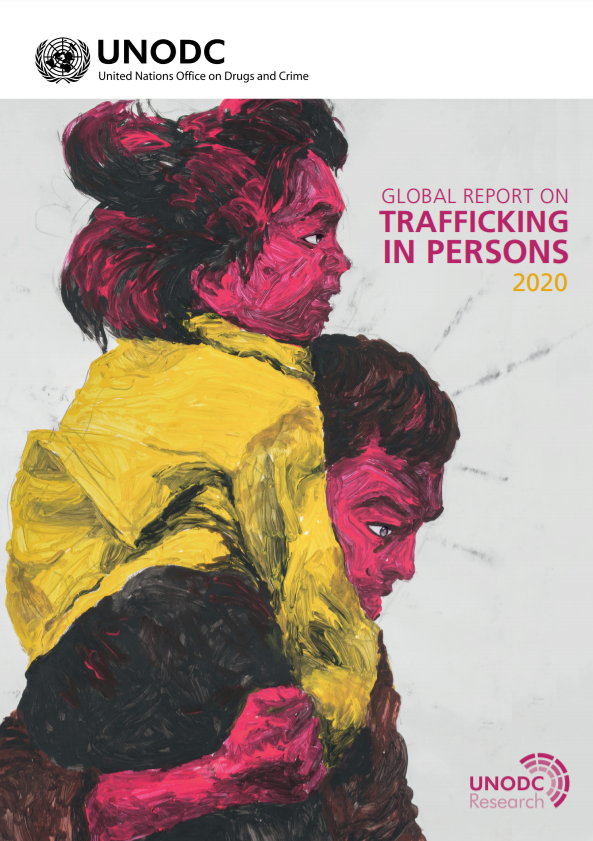 Global Report on Trafficking in Persons 2018

Global Report on Trafficking in Persons 2016

It is clear that the Act is an innovative piece of legislation that has influenced parliaments across the world in efforts to combat the global evil of modern slavery. Other countries are following our lead, so it is of the utmost importance that we...Read More

No Worker Left Behind: Protecting Vulnerable Workers From Exploitation During and After the Coronavirus (COVID-19) Pandemic

This briefing examines the impact of the Coronavirus pandemic on the risk of labour exploitation in low-paid and insecure employment in the UK. Drawing on interviews with workers and frontline services, it proposes emergency measures to ensure all w...Read More

The purpose of the paper is to examine the relationship between recruitment fees and other abusive and fraudulent practices of recruitment agencies and trafficking in persons, with a particular focus on criminal justice measures to address this relat...Read More