The People’s Republic of China (PRC) has placed mil- lions of indigenous Uyghur and Kazakh citizens from the Xinjiang Uyghur Autonomous Region (XUAR or Uyghur Region) into what the government calls “surplus labour” (富余劳动力) and “labour transfer” (劳动力转移) programmes. An official PRC government report published in November 2020 documents the “placement” of 2.6 million minoritised citizens in jobs in farms and factories within the Uyghur Region and across the country through these state-sponsored “surplus labour” and “labour transfer” initiatives. The government claims that these programmes are in accordance with PRC law and that workers are engaged voluntarily, in a concerted government-supported effort to alleviate poverty. However, significant evidence – largely drawn from government and corporate sources – reveals that labour transfers are deployed in the Uyghur Region within an environment of unprecedented coercion, undergirded by the constant threat of re-education and internment. Many indigenous workers are unable to refuse or walk away from these jobs, and thus the programmes are tantamount to forcible transfer of populations and enslavement. 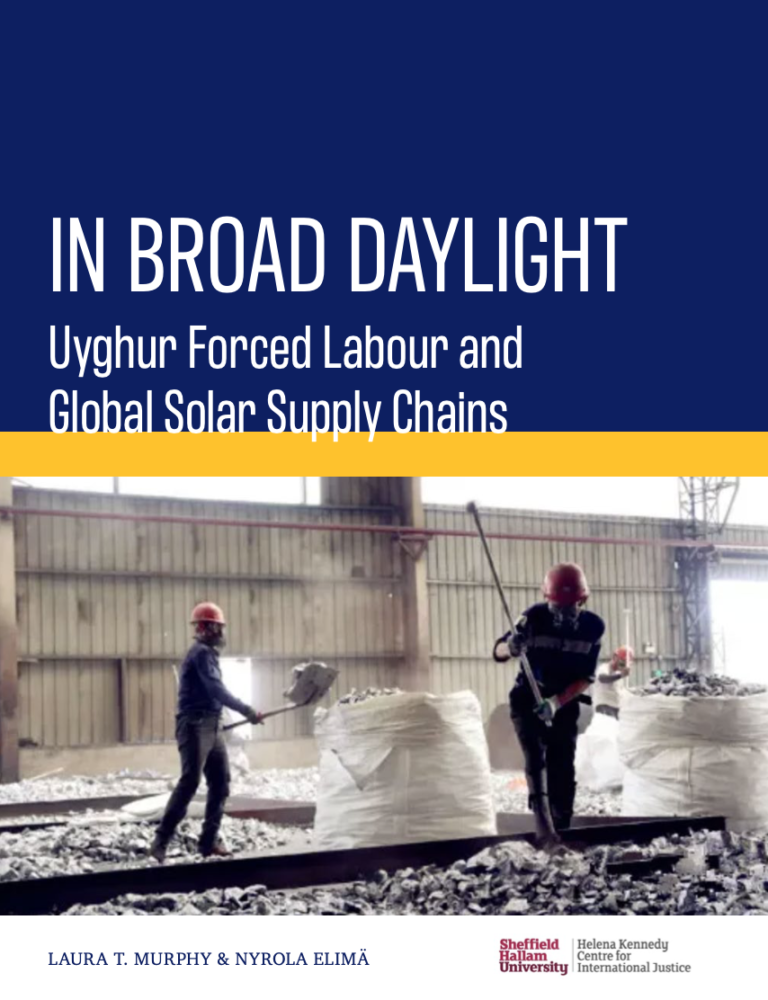 Illicit trade fuels modern slavery. Human trafficking is a highly lucrative line of business for the global criminal network that also engages in the trade of drugs, wildlife, counterfeit products, etc. These criminals reap profit not only from the ...Read More

Kevin Hyland OBE was the UK’s first Independent Anti-Slavery Commissioner (IASC), a role created as one of the key provisions of the Modern Slavery Act (MSA) 2015. In this capacity, Hyland led efforts to tackle modern slavery and human trafficking,...Read More

A proposed EU law that seeks to hold companies accountable for human rights abuses, climate change, and environmental destruction has been severely watered down by corporate lobbyists, with assistance from the European Commission’s own business-fr...Read More

First National Study on Trafficking in Persons in Bangladesh

Bangladeshi victims of trafficking in persons are identified in many countries across the world, as well as in Bangladesh itself. The country’s geographic location contributes to it not only being a significant origin country of victims regionally...Read More