This is my third and final annual report as the Independent Anti-Slavery Commissioner.

This review accounts for my work, and that of my small team, in support of the objectives set in my Strategic Plan 2019-2021 which was laid before Parliament by the Home Secretary in October 2019. The plan outlined four priorities: improving victim care and support; supporting law enforcement and prosecution; focussing on prevention; and getting value from research and innovation. Unlike previous years I have been unable to include comprehensive data tables because of the need to lay this report in Parliament before the end of my appointment.

Over the last three years thousands of victims have been identified and supported by charities and through the Modern Slavery Victim Care Contract. I have been impressed by the compassion and dedication of those who provide support and while systems are not perfect, UK arrangements compare very favourably with those in other countries. The great weakness in the system is the decision making process which is subject to significant delays. In 2021 the average number of days a victim waited for a conclusive grounds decision was 568 days and some victims have been waiting since 2016 for a decision. This is completely unacceptable and I while I have supported the Home Office in their work to reform the system it remains dysfunctional. I have concluded that it is time to move away from a centralised approach which is clearly failing victims. Trafficking decisions should be made locally by multi-disciplinary teams who have expertise and knowledge. 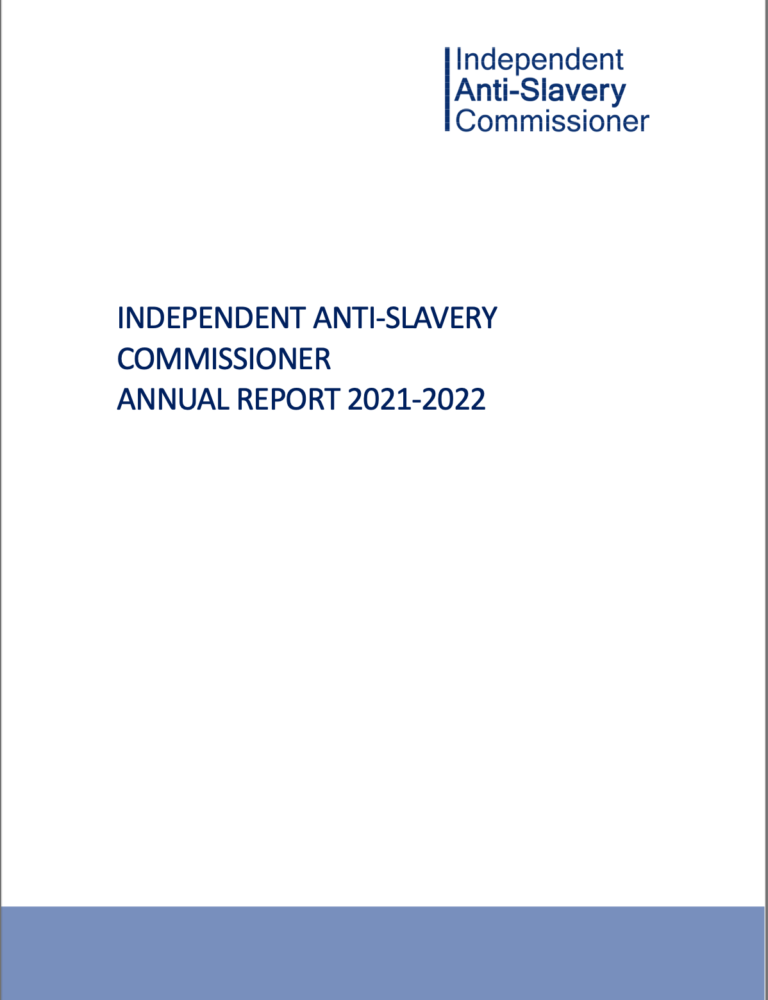 The workers of the world face numerous challenges. Many debates around the future of labour, such as the rise of the so called ‘gig economy’, tend to focus on experiences and trends within the Global North. The shortcomings of the present are of...Read More

Providing Services to Survivors in Counter Trafficking Projects: Learning from Our Actions

This Learning Paper Series was developed by the USAID Asia Counter Trafficking in Persons (CTIP) project with the overall aim to learn from our current and previous programming to better inform our future work. Winrock In- ternational is the im...Read More

Our Help Wanted Primer articulates the risk to multinational companies of forced labour and resulting debt-bondage caused by labour recruitment, and identifies the places within a company’s sourcing practices where recruiters present a reputational...Read More