In August 2019, Stop the Traffik Kenya (STTK) and Freedom Collaborative (FC), a project operated by Liberty Shared, had conducted a data collection exercise with civil society organizations (CSOs) in Kenya, to report on known human trafficking and high-risk migration routes based on their work with survivors and at-risk populations. The data that was gathered contributed to the strategic planning of more targeted interventions by several CSOs. After this initial exercise was conducted, various organizations approached STTK with requests to be included in any follow-up activity and it was agreed that an upscaling of the previous study would be implemented in 2020.

This new effort has been conducted with the aim of contributing to national human-trafficking data collection efforts, as well as supporting STTK in establishing a formal mechanism in which its antitrafficking network can support the government in collecting and sharing data in order to provide an accurate picture of the scale of human trafficking in the country.

The following data expands on the information previously collected and builds on the lessons learned from this initial process and data analysis. The data was gathered using Freedom Collaborative’s Victim Journey Tracker tool, which has been adapted to collect additional data on the modes of transportation and recruitment methods used for each route. 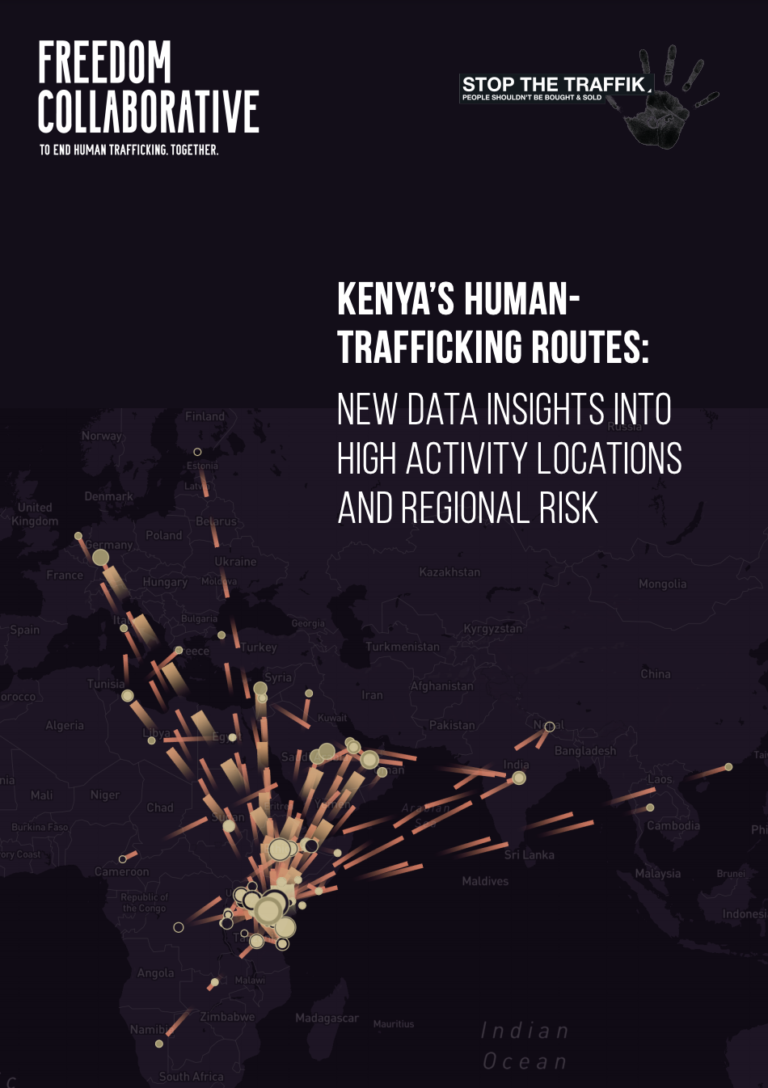 The Fondation Scelles presents the 4th Global Report on sexual exploitation. The goal of this book is to analyze the facts to better understand the evolution of prostitution in each country. So, one will find here the analyses of 38 countries from a...Read More

This Special Issue of the Anti-Trafficking Review reflects the growing unease and disagreements among anti-trafficking practitioners and scholars about the current state of public awareness and perceptions of human trafficking: how and by ...Read More

The following information is based on incoming communication with the National Human Trafficking Hotline from January 1, 2016 – December 31, 2016 about human trafficking cases and issues related to human trafficking in the Northern Mariana Islands...Read More