Research suggests connections exist between migration and criminal forms of exploitation such as human trafficking, forced labour and modern slavery. Certainly, constellations of risk are seen in certain migrant communities and migration corridors. However, it is not known how many of the world’s estimated 40 million victims of modern slavery are also migrants.

If we are to understand the relationship between migration and modern slavery, it is important that we know more about which migrants are vulnerable to modern slavery, as well as when and in what enabling circumstances.

Recognizing the importance of addressing modern slavery and specific vulnerabilities of migrants to modern slavery, this report has been prepared for the Alliance 8.7 Action Group on Migration to help to inform the activities of the group aimed at achieving SDG 8.7. The report examines the recent research literature on migration and modern slavery (published between 2014-2018) through a crime prevention lens, to identify a set of salient features that will help us better understand the relevant connections between migration and vulnerability to trafficking, forced labour, child labour, and modern slavery. 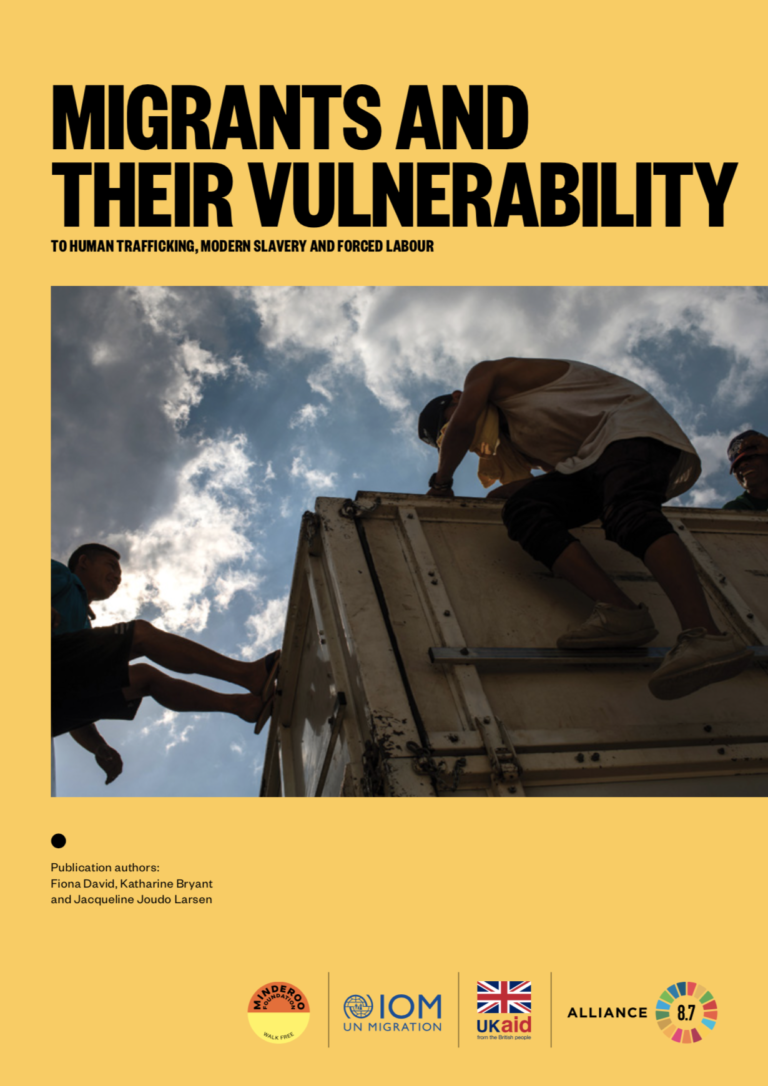 Migrants and Their Vulnerability to Human Trafficking, Modern Slavery and Forced Labour DOWNLOAD

What Works for Working Children: Being Effective When Tackling Child Labour

This report describes examples of methods used by Terre des Hommes, their partners around the world and other relevant stakeholders to address child labour successfully. Terre des Hommes reckons the methods described are appropriate for others to re...Read More

This brief is part of a series highlighting how we can leverage the commitments governments have made to guarantee human rights to steer us towards a just recovery from the COVID-19 pandemic. The pandemic response has demanded a greater role for ...Read More

ECPAT International, ECPAT Taiwan and National Chung Cheng University in Taiwan are cooperating on a project to enhance global ethical practice in research on sexual exploitation involving children. As a first step, this paper identifies the critica...Read More