Outside the Frame: Unaccompanied Children Denied Care and Protection

Every Child Protected Against Trafficking UK, 2022

This report focuses on concerns about children arriving in the UK alone who are being unlawfully excluded from the duties and protections afforded to all children in England, placing them at significant risk of harm including exploitation and going missing, whilst outside of the well-established local safeguarding framework under the Children Act 1989.

The past two years has seen a raft of legislative changes which diminish the support and protection available for child victims of trafficking, and for all children and young people subject to immigration control. These include the recent passage of the Nationality and Borders Act 2022 amongst other changes to the law and existing guidance.

Since the summer of 2020, unaccompanied children arriving in England have had their rights systematically breached and have been denied the protections they should be afforded under the Children Act 1989. They have not had their needs assessed and have been unlawfully excluded from and denied the care of local authorities for unlimited periods of time, and instead are being placed directly by the Home Secretary in Home Office-sourced hotels. Many children have gone missing as a result of this policy.

Following a Freedom of Information Request issued by ECPAT UK (Every Child Protected Against Trafficking UK), with the assistance of Article 39 and the Helen Bamber Foundation, we have obtained data regarding the total number of unaccompanied children who have gone missing from Home Office hotels between 1st June 2021 until 31st March 2022 when unlawfully accommodated outside of the child welfare system. 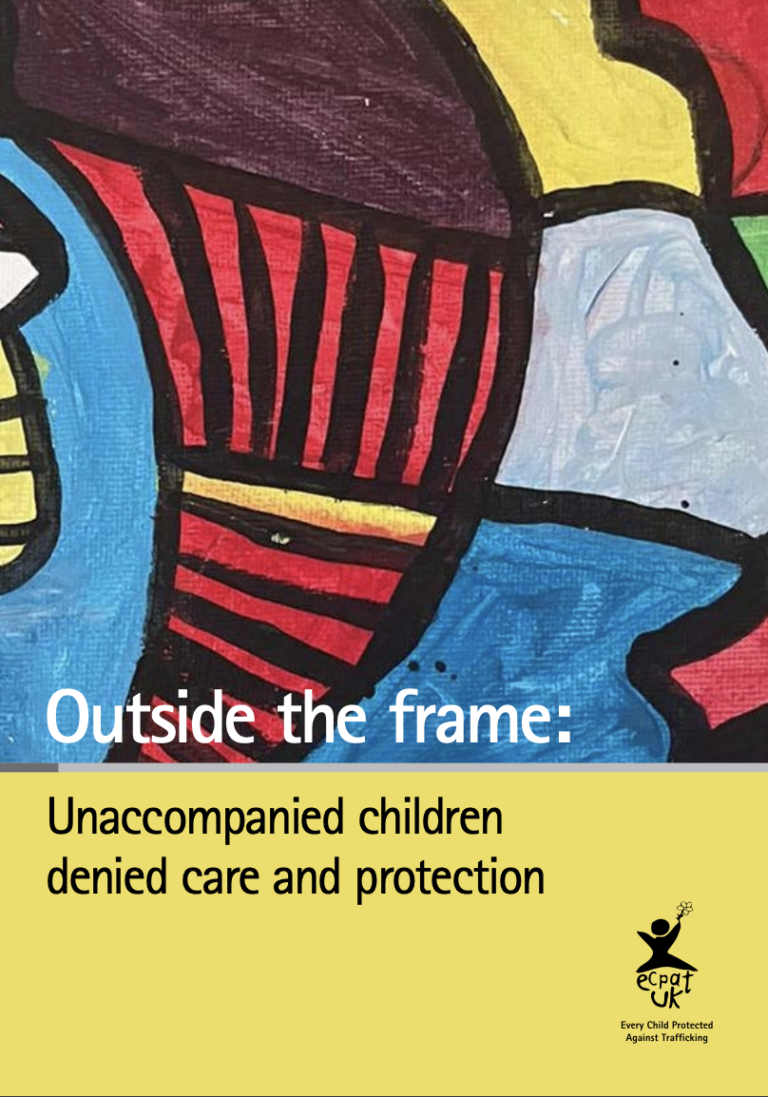 Outside the Frame: Unaccompanied Children Denied Care and Protection - Every Child Protected Against Trafficking UK, 2022 DOWNLOAD

On the occasion of the EU Anti-Trafficking Day, one of the RESPECT founding organisations, the Global Initiative against Transnational Organized Crime co-organized a high-level conference on “Human Trafficking and Human Rights – Access to Rights for Victims of Human Trafficking” with...

An analysis of Bangladesh’s existing legal standards for the apparel industry reveals significant gaps in protections for workers in the informal ready-made garment (RMG) sector. This study, conducted by NORC at the University of Chicago with supp...Read More

Cyber Slavery in the Scamming Compounds

Cyber slavery is emerging as a form of organized crime of unprecedented severity and scale. Conservative estimates suggest that tens of thousands of victims are held captive in scamming compounds. While getting spammed with fraudulent messages i...Read More