Despite being long banned and universally condemned, “slavery persists in many corners of the world today, victimizing tens of millions of people”. In the modern age, slavery manifests in the form of forced labour, debt bondage, forced marriage, commercial sexual exploitation, human trafficking, and other slave-like practices. The commonality among these legal concepts is referred to using the umbrella term of ‘modern slavery’.

Building an evidence base is critical to facilitating data-driven decisions by policy makers, legislators, and other key stakeholders. There is a strong consensus among experts and institutions, including the Global Fund to End Modern Slavery (GFEMS), the Center on Human Trafficking Research and Outreach (CenHTRO), and collaborators on this document, that evidence creation is at the heart of any strategy to address modern slavery. Yet, limited resources and a dearth of information related to what works to drastically and measurably reduce this crime against humanity makes it difficult to encourage investment in anti-slavery efforts. Thus, more evidence is needed to support resource mobilization, public policy changes, and new investments in anti-slavery programming. This evidence may come in many forms including, but not limited to, intervention effectiveness studies, policy analyses, geo-spatial mapping, vulnerability profiling, risk assessments, prevalence estimation, and meta-analyses of independent studies. This document exclusively focuses on prevalence estimation due to its complexity and the nuance with which such estimates should be undertaken and understood. 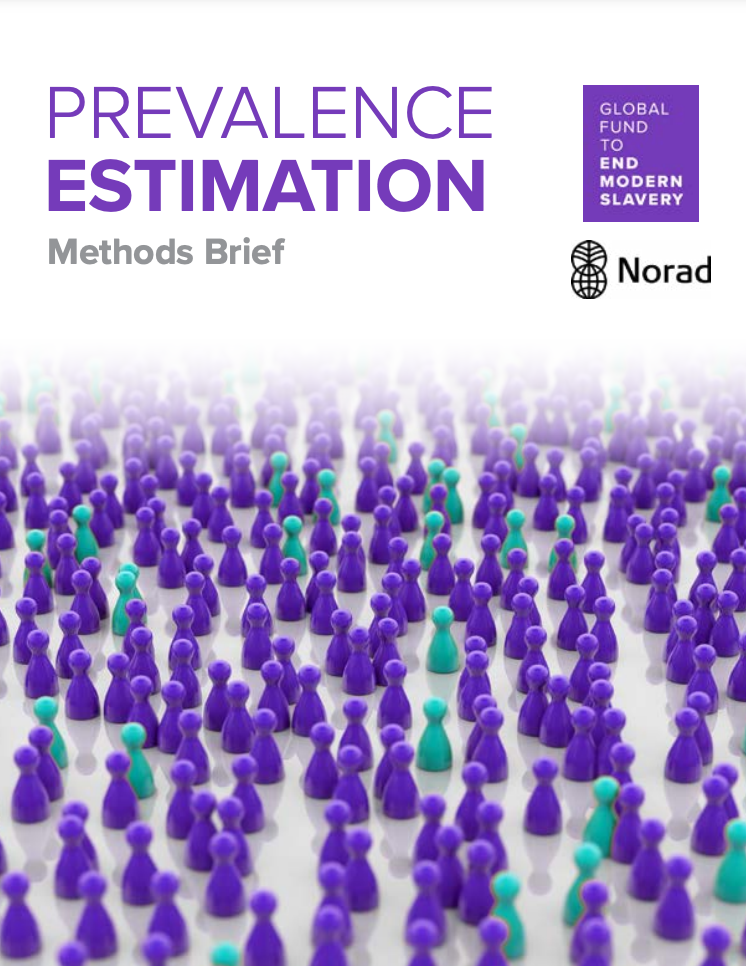 Funded by the Global Partnership to End Violence against Children, through its Safe Online initiative, ECPAT, INTERPOL, and UNICEF Office of Research – Innocenti worked in partnership to design and implement Disrupting Harm – a re...Read More

The existence of our group, the Malawi Network Against Trafficking, is testament to the high level of collaboration and support that already exists within the anti-trafficking sphere in Malawi. We are very lucky to have a community that spans nearly...Read More