Preventing human trafficking of refugees from Ukraine: A rapid assessment of risks and gaps in the anti-trafficking response

The Russian invasion of Ukraine has led to the largest movement of people in Europe since World War II. Those who are fleeing the war in Ukraine are in an extremely vulnerable position. Experience from conflicts worldwide shows that the instability and turmoil created by war is fertile ground for traffickers seeking to exploit the vulnerability of internally displaced people and refugees.

In the weeks since the war started in Ukraine, there has already been evidence of human trafficking activity. Requests to support potentially trafficked people in countries bordering Ukraine, and in other European countries, have already been received by anti-trafficking organisations. National law enforcement bodies are reporting suspicious behaviour that could indicate human trafficking. Hotlines are receiving increased levels of calls for advice. 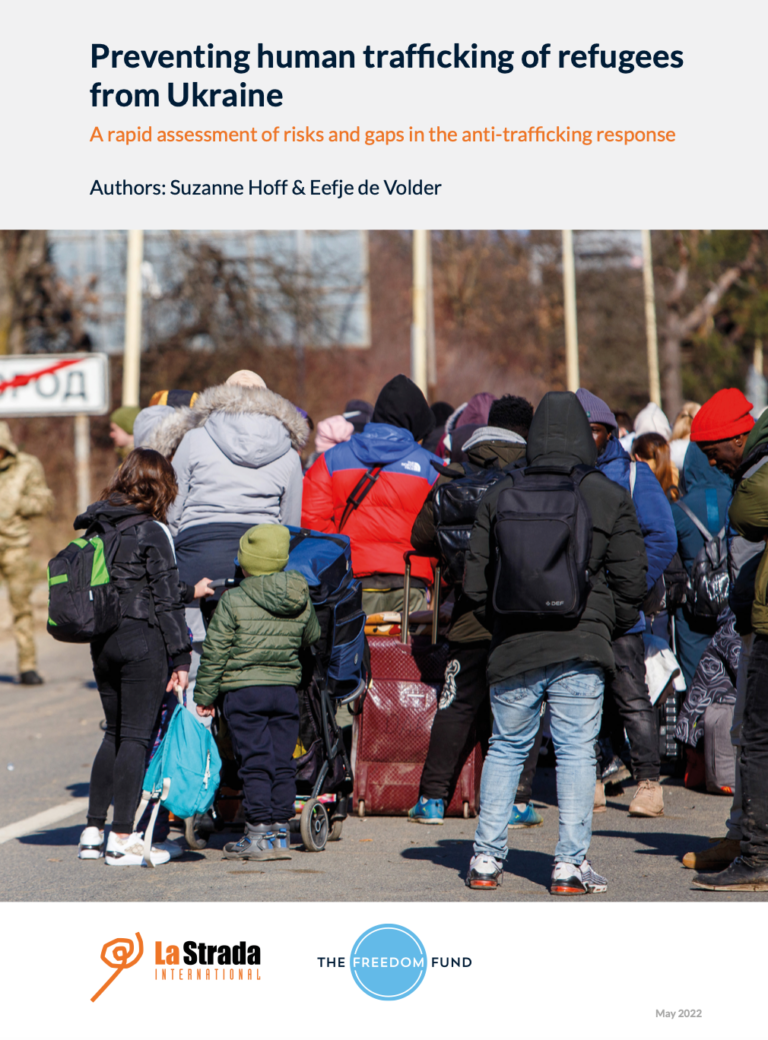 Preventing human trafficking of refugees from Ukraine: A rapid assessment of risks and gaps in the anti-trafficking response - Suzanne Hoff & Eefje de Volder (La Strada International and the Freedom Fund), May 2022 DOWNLOAD

2020 marked the five-year anniversary of the signing of the ASEAN Convention Against Trafficking in Persons, Especially Women and Children (the Convention). The ASEAN-Australia Counter Trafficking Programme (ASEAN ACT) is a 10-year partnership fu...Read More

This ASSESSMENT MATRIX explains how to measure evidence of national legislative and policy responses to sexual exploitation of children in the context of travel and tourism as identified in the legal checklist. Measurable indicators for each of the ...Read More

Review of law, policy and practice of recruitment of migrant workers in Pakistan

This review provides an overview of legislative and policy frameworks concerning the recruitment of migrant workers in Pakistan. The review identifies gaps in relation to the ILO General Principles and Operational Guidelines for Fair Recruitment, an...Read More