Prevention of adult sexual and labour exploitation in the UK: What does or could work?

This research explored what does or could work in the prevention of two forms of modern slavery among adults in the UK: labour and sexual exploitation. It examined what has been tried in prevention programmes, projects and initiatives, not including legal or policy interventions, and considered promising practice. 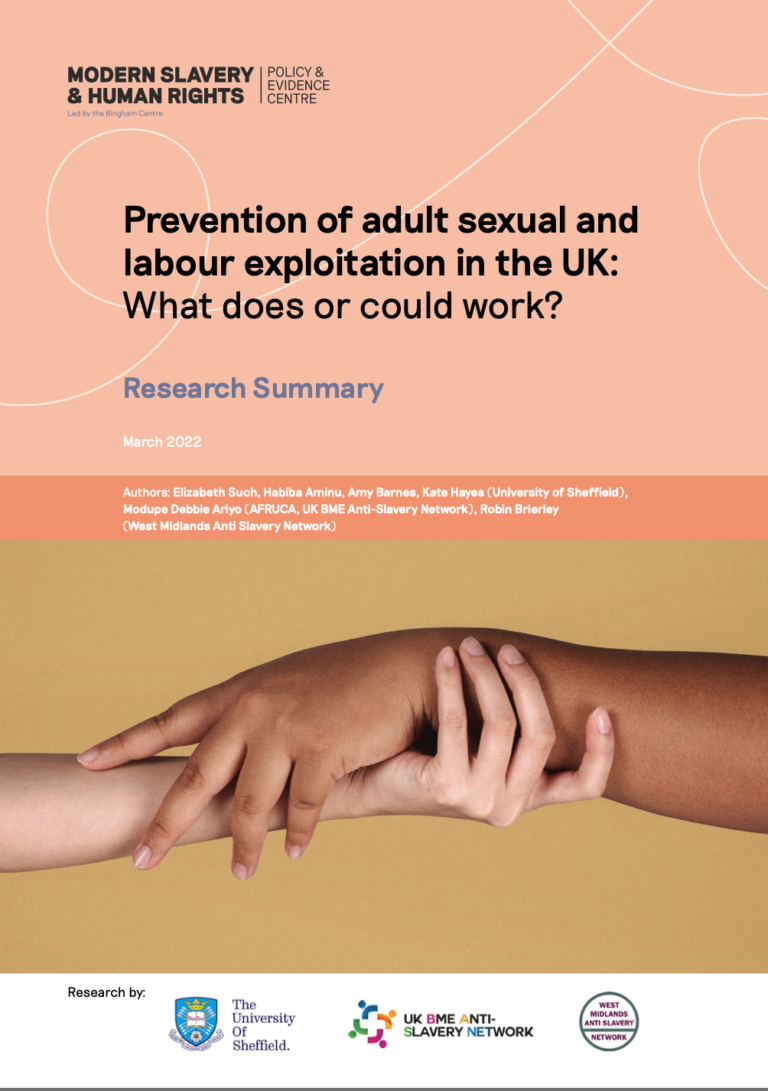 Prevention of adult sexual and labour exploitation in the UK: What does or could work? Modern Slavery and Human Rights Policy and Evidence Centre, March 2022 DOWNLOAD

Women in the workplace: FLEX’s five-point plan to combat exploitation

SUMMARY The aim of this guide is to help labour market enforcement agencies to build a gender-sensitive approach to tackling labour exploitation. It outlines the specific problems faced by women workers in high-risk feminised labour sectors such ...Read More

Addressing Forced Labor and other Modern Slavery Risks: A Toolkit for Corporate Suppliers

This toolkit aims to help businesses in corporate supply chains quickly identify areas of their business which carry the highest risk of modern slavery and develop a simple plan to prevent and address any identified risks. Businesses operating in...Read More

For years, Centro de los Derechos del Migrante, Inc. (CDM) has documented fraudulent recruitment schemes that funnel hundreds of thousands of U.S. dollars per year into the pockets of fraudulent recruiters. This type of fraud is widespread, harming...Read More

This guide was written for all migrants living in the UK, including those without documents and those trying to regularise their immigration status, including asylum seekers. This guide is to help them understand their rights in a situation wher...Read More