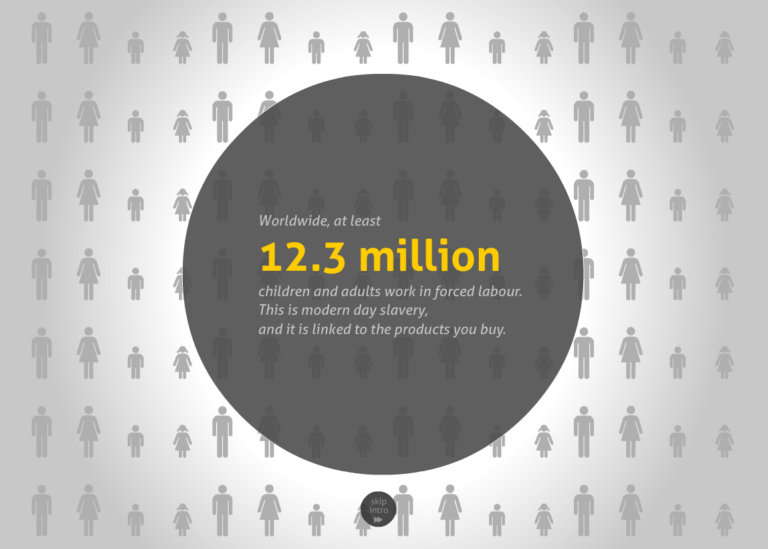 The nature of today’s globalised economy means that it is not immediately apparent how specific products on our shelves may link to slavery as products typically pass through a long chain of producers, manufacturers, distributors and retailers. It’s not just trainers and t-shirts – over 120 types of products in 58 countries are made using forced or child labour. Products of Slavery, a data visualisation project from Anti-Slavery International, shows this clearly. 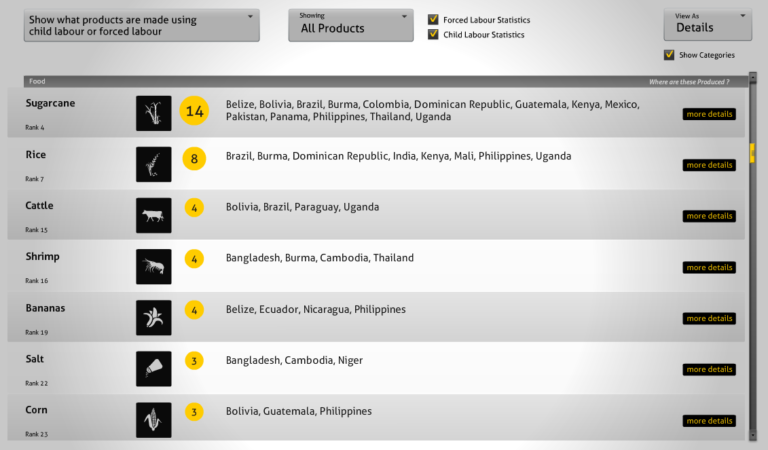 Products of Slavery is a data visualisation website about forced labour and child labour, also known as modern slavery, in the supply chain of many consumer goods. The site was launched by Anti-Slavery International to mark the UK’s first Anti-Slavery Day on Monday 18 October 2010. 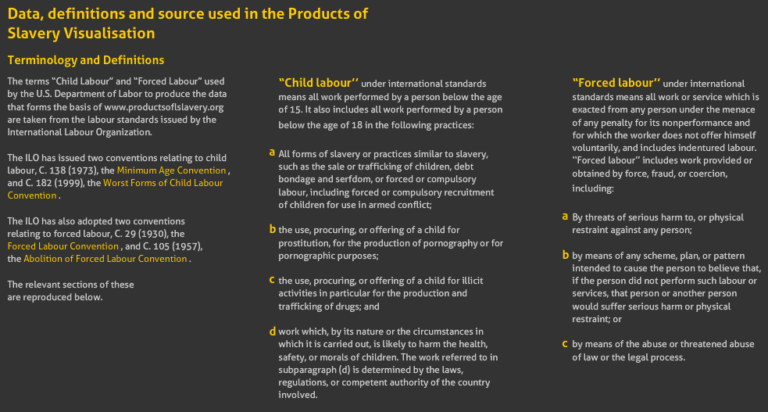 Companies have a unique ability to address forced and child labour within their supply chains. Consumers also have a vital role to play in calling for companies’ action to end forced labour. 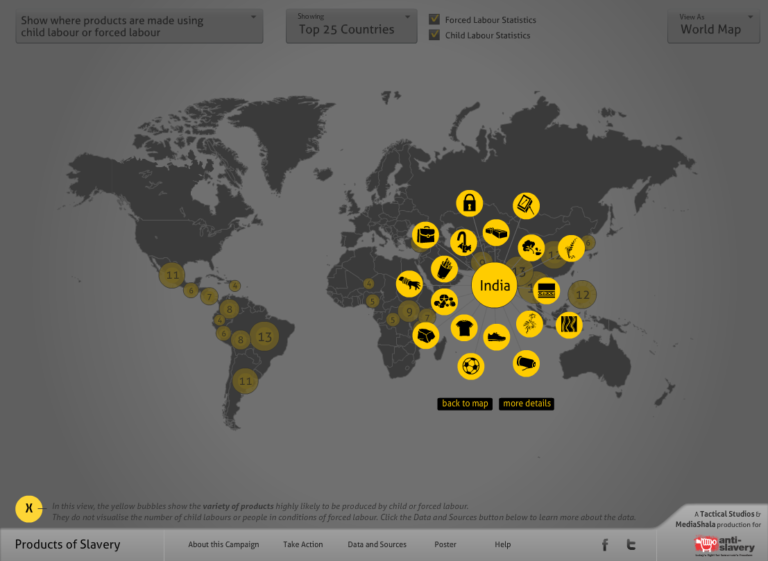 Visitors to the Products of Slavery website can explore maps, charts and other interactive displays about forced labour and child labour used to make 122 different products in 58 countries. The data visualisation reveals vital information about the origins of these products, whose journey to the supermarket shelves is usually so well concealed in today’s globalised economy. 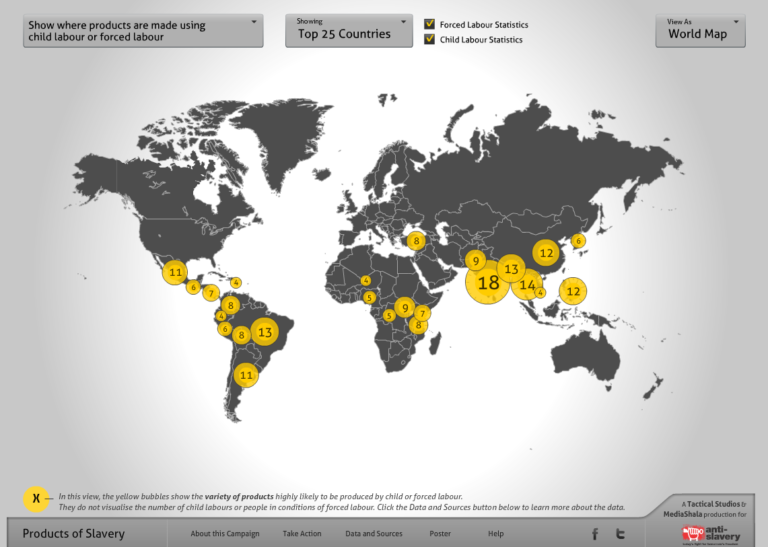 The primary source of data in this Products of Slavery visualisation comes from the U.S. Government, specifically a report produced by the Department of Labour’s Bureau of International Labour Affairs (ILAB) in 2009 called “List of Goods Produced by Child Labour or Forced Labour – Report Required by the Trafficking Victims Protection Reauthorization Acts of 2005 and 2008”.

2009 List of Goods Produced by Child Labor or Forced Labor

Abstract On September 10, 2009, the Department of Labor released its initial “list of goods from countries” (List), pursuant to Section 105(b)(2)(C) of the TVPRA of 2005. The List was released as part of a larger report detailing the methodology,...

Products of Slavery and Child Labour

According to Anti-slavery International there are an estimated 168 million children in child labour and 21 million people in forced labour across the world today. This infographic gives an overview on which products around the world are being sourced/ produced...

Products of Slavery is a data visualisation website about forced labour and child labour, also known as modern slavery, in the supply chain of many consumer goods. The site was launched by Anti-Slavery International to mark the UK’s first Anti-Slavery...

The Project Arachnid platform was initially designed to crawl links on sites previously reported to Cybertip.ca that contained CSAM and detect where these images/videos are being made publicly available. Once child sexual abuse material is detec...Read More

The Global Slavery Index is an online tool that provides a country-by-country analysis of the prevalence of modern slavery, the vulnerability of each country's population to modern slavery, and different governmental responses. Using the int...Read More

This regularly updated website includes links to different reports and guides produced by the Alliance to End Slavery & Trafficking (ATEST), all of which provide funding recommendations to Congress to fight human trafficking. You can...Read More