According to the 2017 Global Estimates of Modern Slavery, there are about 40 million people living in modern slavery situations worldwide. The Asia-Pacific region has the highest prevalence of labour exploitation worldwide, which is estimated to affect four out of every 1,000 people. While these estimates and the methodologies behind them are debatable, it is clear that most cases go unreported and unidentified because many survivors do not receive any official government-provided support or protection before or after returning to their countries of origin. Fortunately, community based actors such as women’s organizations, youth groups, and faith-based organizations, often step up to fill this gap.

Analysis presented through this paper adds merit to the claim that services provided to survivors post-trafficking must be designed by including survivor voice, and must focus primarily on empowering survivors. The use of Issara’s psychometric tool to measure empowerment also provides useful lessons. By deconstructing the concept of empowerment and understanding how individual services can impact different aspects of a survivor’s post-trafficking life both positively and negatively, Issara’s approach provides an alternative to design services and understand their effectiveness after implementation. By providing a more nuanced and in-depth look into how survivors experience individual interventions, the tool goes beyond traditional “trafficking victim protection” metrics – such as merely counting how many survivors were provided with a service –to assess the overall impact made by service providers.

While only a pilot study, the trial of the Psychometric Measures of Empowerment of Trafficking Survivors tool provides valuable lessons that different actors– donors, governments, practitioners, and researchers– can put into action immediately. Overarchingly, the study recommends a shift in the focus of trafficking response from a traditional top-down approach to a survivor-centric one. Donors can play a key role by supporting initiatives that champion survivor empowerment. For practitioners and governments, it is critical that they include survivor voices when designing services for them, and that they systematize such practices for long-term sustainability. Finally, researchers should continue the initial steps taken by Issara’s Empowerment Incubator Program by digging deeper into the various factors that survivors in different contexts find empowering and disempowering, and how governments and civil society actors can best design interventions to champion the cause and outcome of empowerment. 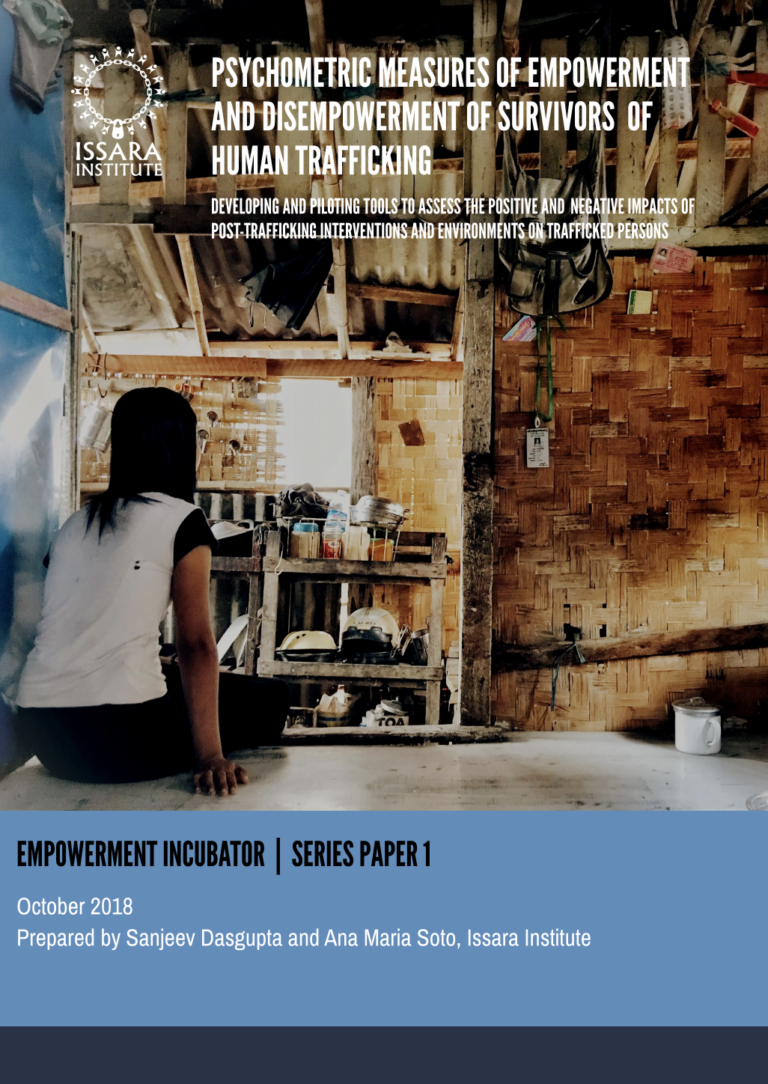 This report depicts The Passage Anti-Slavery Project’s first two years, from June 2018 to June 2020. The first section of the report describes the project’s objectives, the steering group which guided the project and its main key achievement...Read More

How to do business with respect for children’s right to be free from child labour: ILO-IOE child labour guidance tool for business

The guidelines aim to improve global supply chain governance, due diligence and remediation processes to advance the progressive elimination of child labour. The Child Labour Guidance Tool was created jointly by the International Labour Organization...Read More

The United Nations declared 2021 the International year for the Elimination of Child Labour, an effort to eradicate this form of abuse and exploitation, a milestone in reaching the Sustainable Development Goal target 8.7. Worldwide, an estimated 152...Read More