This is the sixth volume of the series Beyond Trafficking and Slavery Short Course.

Slavery cannot be reduced to a chapter in history that is now closed, but must instead be regarded as a continuing and fundamental wound. As recent campaigns around ‘black lives matter’ and the prison industrial complex have further demonstrated, the idea of race—and racism as a system of domination—are intimately bound up with the history and legacies of transatlantic slavery. Despite their professed concern with slavery today, self-proclaimed ‘modern-day abolitionists’ have remarkably little to say about slavery and racism. They instead argue that we need to think about poverty, rather than race, since ‘modern slavery’ is colour blind. This book seeks to expose the profound limitations of this popular approach. Over the course of twenty chapters, some of the world’s leading experts illustrate how and why racism and other forms of discrimination continue to shape contemporary patterns of marginalisation, exclusion, and government and corporate complicity. 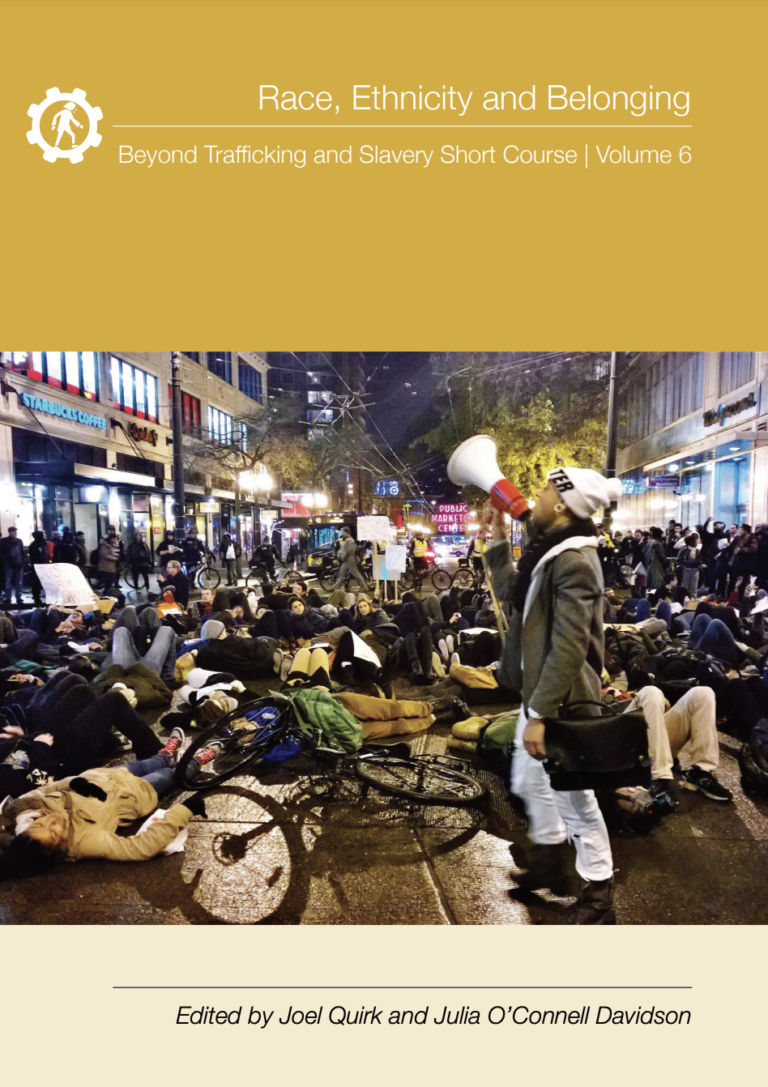 Edited by Julia O’Connell Davidson and Neil Howard. This is the fifth volume of the series Beyond Trafficking and Slavery Short Course. Mobility is and always has been an essential part of humanity’s economic, social, cultural and political life. To be...

This paper provides a brief summary of the Roundtable on 'Combating technology-facilitated trafficking in human beings in Central Asia and across the OSCE Asian Partners for Co-operation', held by the OSCE on 27-28 April, 2021. The major objectiv...Read More

Global Report on Trafficking in Persons 2018

This review has drawn upon findings from evaluations and research that has been carried out by academics and by government departments. It has identified that in some cases, there is an absence of an independent, published evaluation. To understand ...Read More