Modern slavery encompasses slavery, servitude and compulsory labour and human trafficking. In 2014 the UK Home Office (the Department) estimated that there were between 10,000 and 13,000 potential victims of modern slavery in the UK in 2013, and in 2013 it estimated that the overall social and economic cost to the UK of human trafficking for sexual exploitation alone was £890 million. The Department introduced the Modern Slavery Strategy in 2014 with the aim of significantly reducing the prevalence of modern slavery. This was followed by the Modern Slavery Act in 2015. While the Department is the policy lead for managing the UK’s response to modern slavery, a range of public sector organisations are involved in delivering the strategy, alongside businesses and non-governmental organisations (NGOs). The Department funds and manages the process for identifying victims, known as the National Referral Mechanism. It also manages a contract for support services for potential victims of modern slavery in England and Wales, currently run by the Salvation Army.

It has taken too long to learn what works in the system, to understand the complexities of the crime and to turn the strategy and the Modern Slavery Act into an effective and co-ordinated approach across government. Government does not yet have the data or systems to understand the crime, the demographics and circumstances of the victims and the perpetrators, making the digitisation of the National Referral Mechanism (NRM) a priority. Nor does it know how much money it spends tackling modern slavery or what success looks like, meaning it cannot establish whether its strategy is working or how it should prioritise its actions. Potential victims are waiting far too long for a decision on whether they will be treated as a victim of modern slavery, causing further distress and anxiety to vulnerable people. The Department has not put in place minimum care standards and it does not inspect the level of care provided to potential victims, so it does not know whether or not victims are receiving adequate care. The Department also does not know what happens to victims after they have gone through the system and whether, for example, they have been trafficked again. 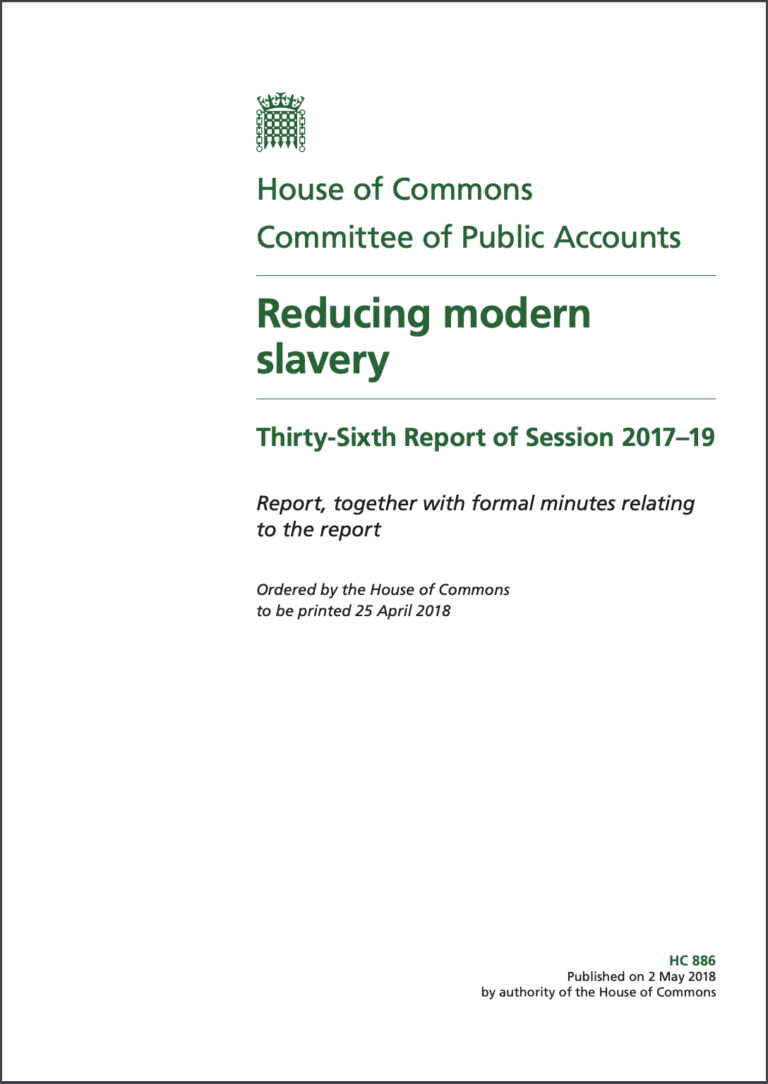 The Victim Case Management System (VCMS) project provides a Salesforce-based case management system for frontline organizations that provides services to trafficking survivors in various countries. Due to the global nature of the project, VCMS partn...Read More

Following a roadmap and public consultation and several postponements, the European Commission published a draft Directive on Corporate Sustainability Due Diligence on 23 February 2022. The Draft Directive will now be negotiated within the Europea...Read More

The fishing industry in Thailand fell under global scrutiny in 2014 for the significant human rights violations at sea. Personal stories of victims who had worked for years at sea with little food and constant physical abuse created enough global at...Read More