Back to all articles
This study was carried out by ICF and the Department of Social Work and Social Administration, Makerere University, who conducted a respondent-driven sampling (RDS) study in Uganda. The RDS study targeted migrant workers who currently work in the Middle East or who have worked in the Middle East in the past 3 years to explore the prevalence and characteristics of human trafficking experienced during their recruitment and employment. 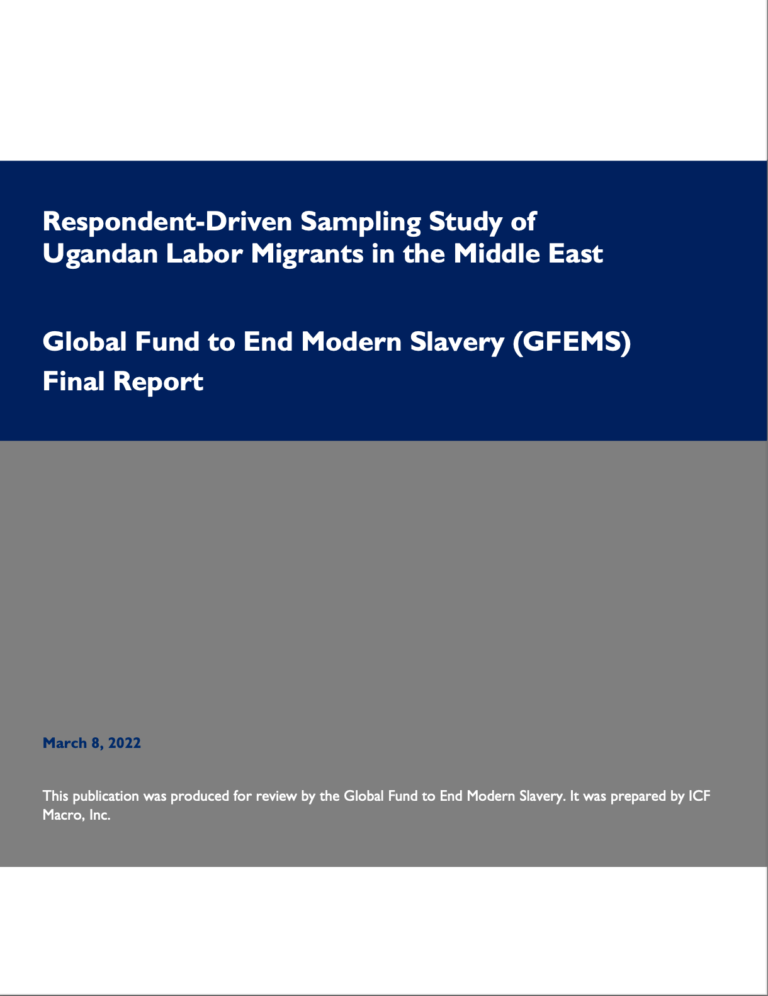 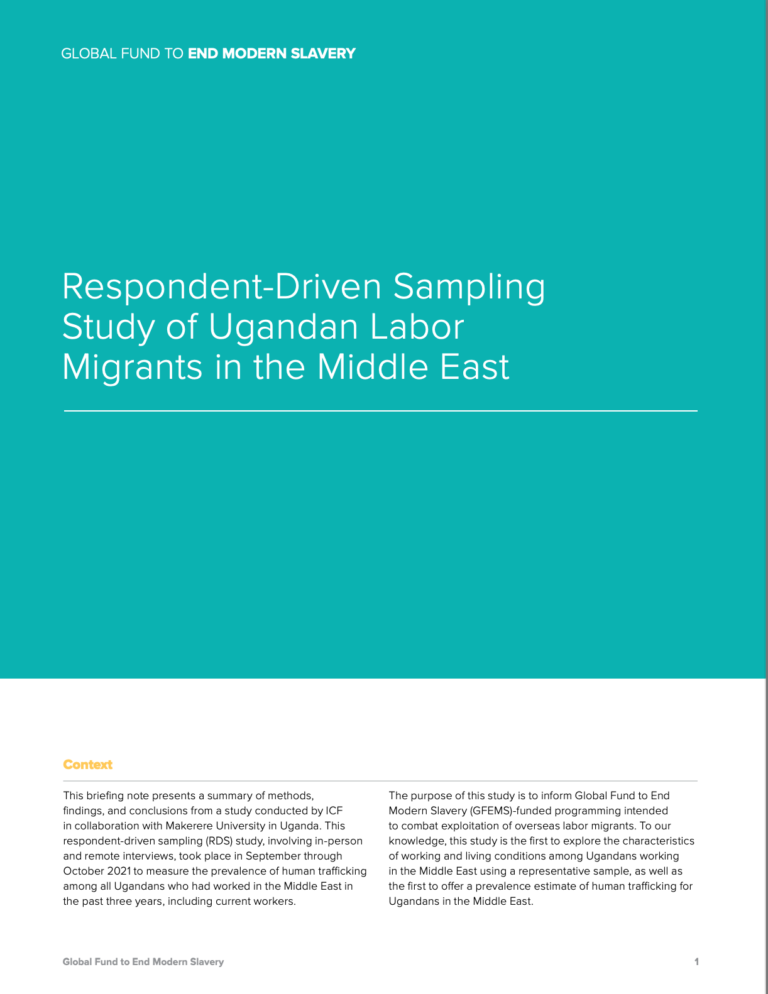 This publication provides an overview of the legal and policy framework in place for the protection of trafficking victims in five countries in Southeast Asia (Cambodia, Indonesia, Lao PDR, Thailand, and Viet Nam), outlining the various instruments,...Read More

Addressing the Retention of Identity Documents

The modern slavery statement is a public commitment and statement with three main goals: it acknowledges that forced labour, human trafficking, child labour and modern slavery affects every business, sector and country - starting with their own ...Read More