This is the third volume of the series Beyond Trafficking and Slavery Short Course.

The articles in this volume outline and critically interrogate the role of the state, national legislation and international conventions in shaping the understanding and construction of those conditions deemed to constitute modern forms of slavery. Our contributors further highlight the role of the state and national legislation in creating or allowing the varying forms of insecurities that necessitate entry into various precarious engagements. It is evident from these that the state plays a hugely significant role in the modern slavery discourse. It can be either a force for good or bad. Those who wish to see human rights and social justice realised at much higher level than that found in abolitionist discourse must recognise and be willing to engage politically with the state sponsored system of injustice. 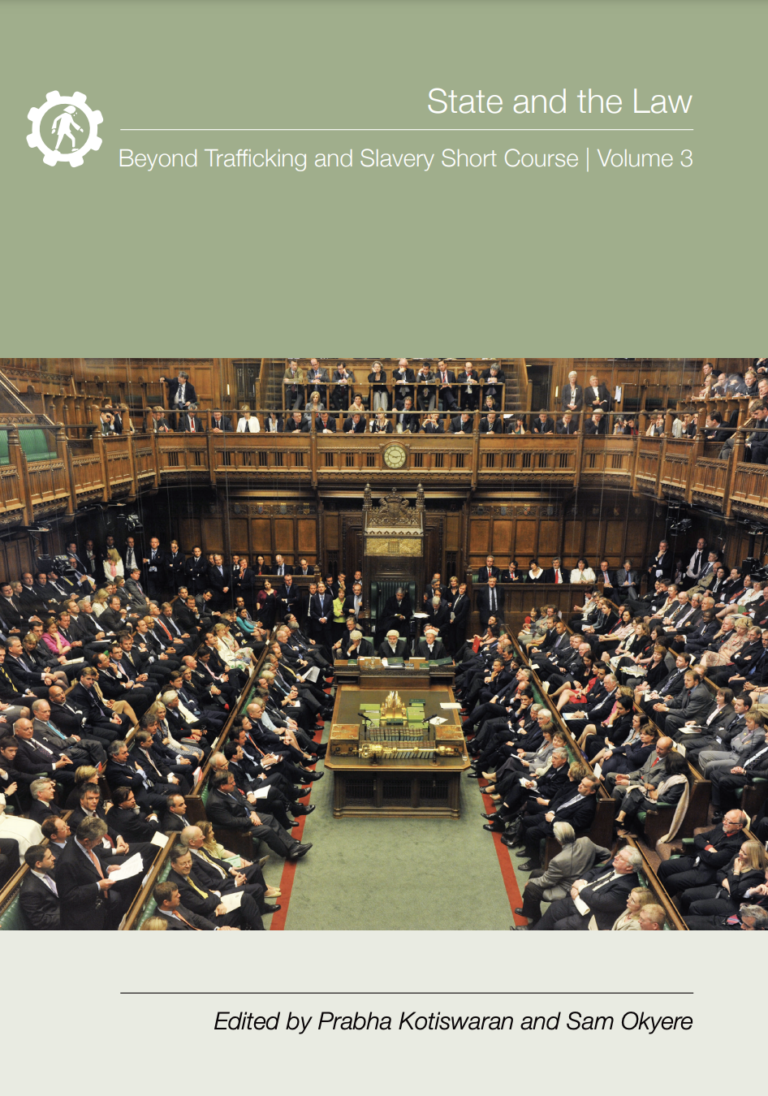 Forced Labour in the Global Economy

Edited by Genevieve LeBaron and Neil Howard. This is the second volume of the series Beyond Trafficking and Slavery Short Course. There is a growing and sober awareness among international policymakers and within global civil society that human trafficking, slavery and...

An Ethical Framework for Cross-Border Labor Recruitment: An Industry/Stakeholder Collaboration to Reduce the Risks of Forced Labor and Human Trafficking – Verite and Manpower Group, 2012

The Ethical Framework for Cross Border Labor Recruitment offers a set of specific operational practices (“Standards of Ethical Practice”) for recruitment firms that operate across borders. These practices are reinforced by a Verification and Cer...Read More

Reality Behind Brands’ CSR Hypocrisy: An Investigative Report on China Suppliers of ZARA, H&M, and GAP

In the spring of 2015 and 2016, SACOM conducted undercover investigations inside four of Zara, H&M, and GAP’s supplier factories in China. Despite three brands’ CSR policies appear to be comprehensive and enable them to proclaim ethical, SA...Read More