The Home Office estimates that there are around 13,000 victims of modern slavery in the UK. There could be many more. Many will be living in private rented accommodation. This guide has been designed to help landlords:
• reduce the risk of modern slavery in their properties
• look for the signs of modern slavery
• take action if they have concerns that victims of slavery may be living at their property.
Not all housing issues involve slavery, but perhaps the majority of cases of slavery will involve some form of housing issue, whether that’s poor quality housing; overcrowding, noise, waste or anti-social behaviour; breaches of the Immigration Act; or other forms of illegal activity. Clearly, no responsible landlord would want to have modern slavery associated with their property. In addition to the moral basis for this, there are also a number of practical and financial risks for landlords when victims of slavery are living at their properties.
One particular risk is that in cases of modern slavery, landlords become victims of illegal sub-letting, with criminal gangs renting properties in order to rent them out again or house their victims. Alongside this, some forms of modern slavery may involve activities such as cannabis cultivation, which can cause significant damage to property and invalidate insurance, potentially a major cost. Finally, landlords can be criminally liable if they are aware illegal activity is taking place and do not report it or takes step to prevent it 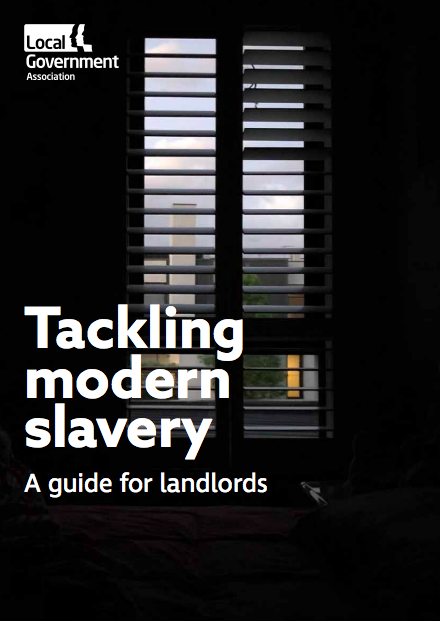 Over the past decade, businesses have in many ways improved their efforts to pro- mote human rights through sustainability measures. Simultaneously, political interest in strengthening corporate social responsibility has increased along with un...Read More

What is ‘Worker Voice’ in the context of global supply chains?

This brief provides a reference for worker reporting and worker empowerment tools and programs from the context of ‘worker voice,’ a concept that emerged with the birth of the organized labour movement during the Industrial Revolution. Two funda...Read More

Forced Labor — and human trafficking for forced labor — have been documented as recently as 2018 in the cocoa sector in Côte d’Ivoire, with one recent study by the Walk Free Foundation and Tulane University estimating the number of victims at...Read More

This policy brief provides information and identifies a number of key recommendations to assist governments and other stakeholders in designing COVID-19 policy responses that can help to ensure the protection of migrant workers, as well as to inform...Read More